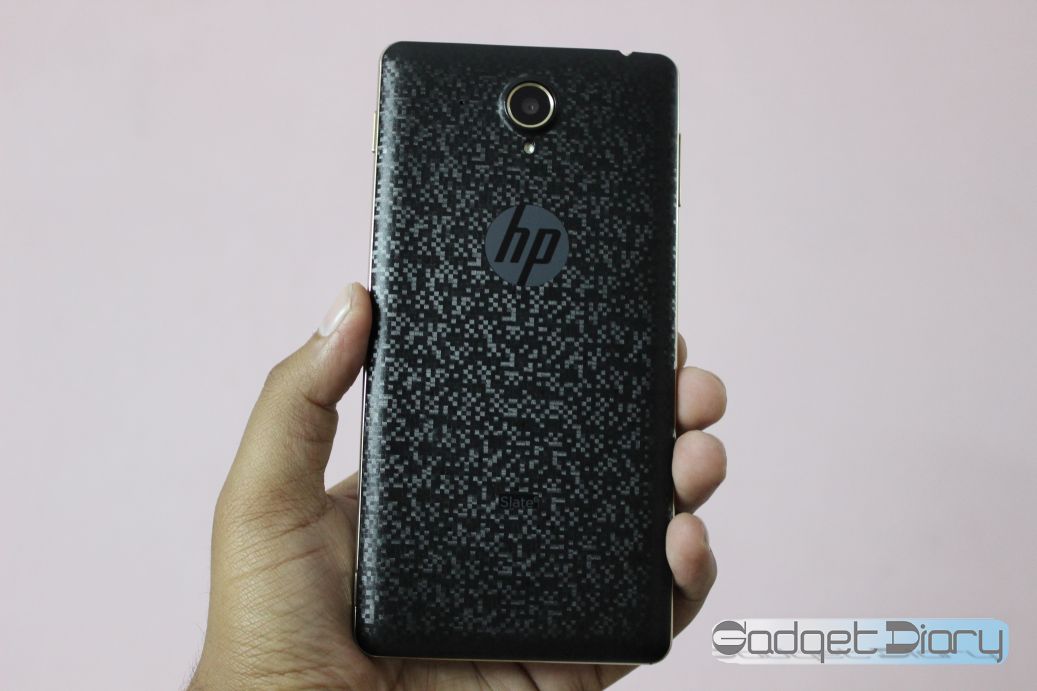 HP, a brand we all know for their laptops and desktops has again entered the Smartphone market. The company launched two new Android devices in Feb 2014 – Slate 6 and Slate 7 under the Voice tab Series. Slate 6 is a 6 inch phablet and it is priced at Rs 22,990 in India. The phablet market is now already bit crowded, so can HP beat the existing devices available in the market? And will it help HP to emerge as a leading Smartphone company? Read on to find out.

HP Slate 6 is a 6 inch phablet but still it is just 8.9mm in thickness which makes it one of the slimmest device in its class. Also the device is surprisingly light for its size and it weighs only 160 grams. People with small hands might face difficulty while using the device. The front is dominated by a 6 inch HD IPS Display. 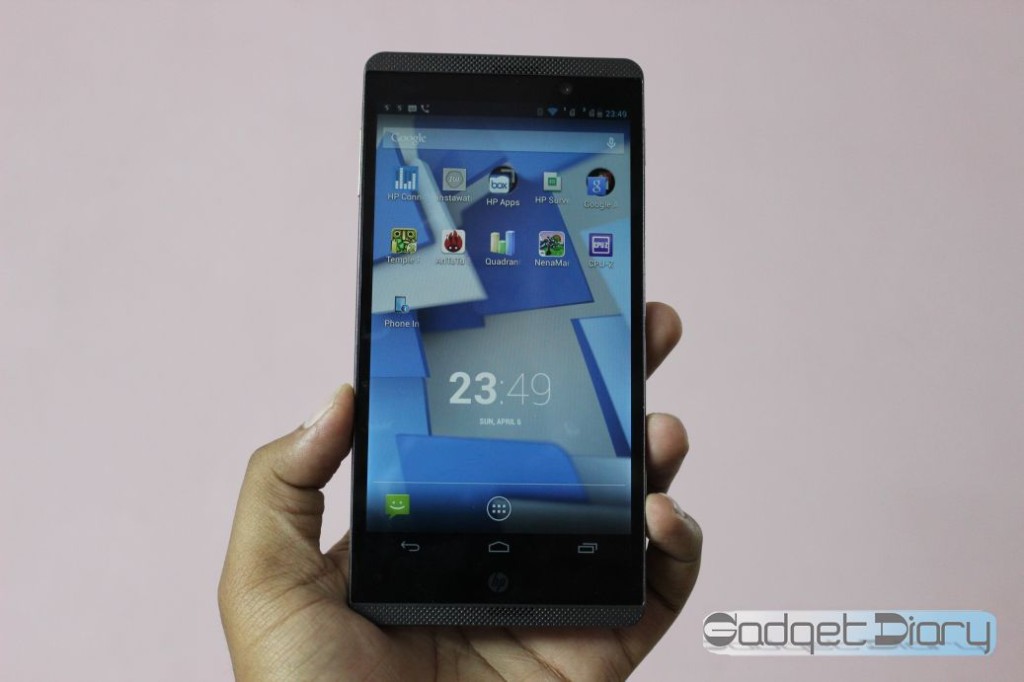 The device comes with a dual front facing speakers. So you can find one of the speakers along with a 2 megapixel camera, proximity sensor and an earpiece above the display. 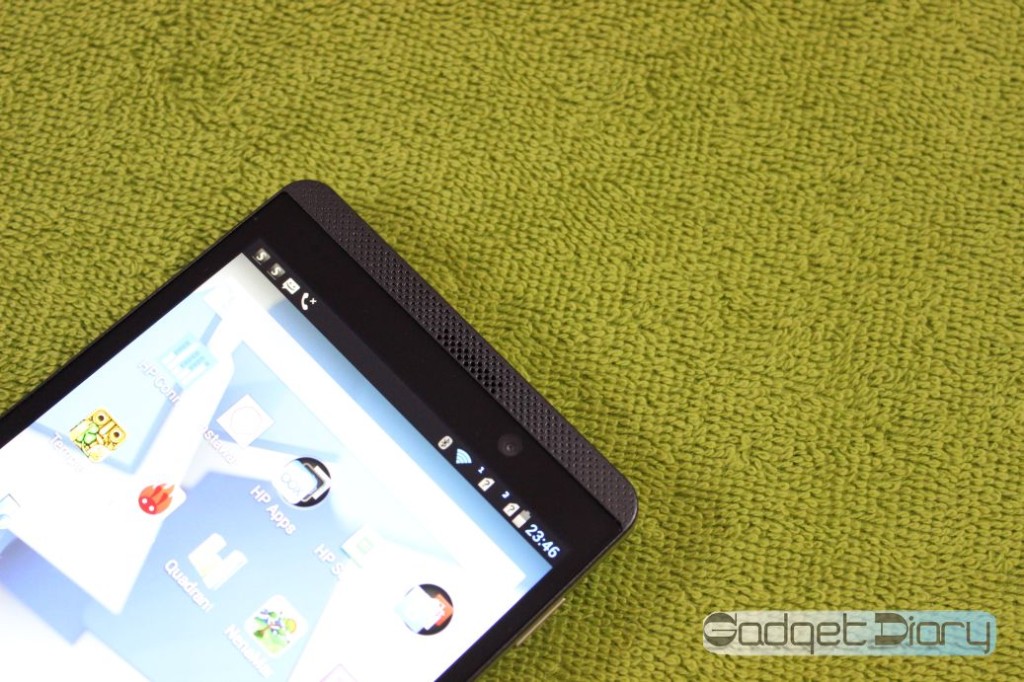 Below the display you have HP branding and the other speaker. The device does not have any physical touch buttons since the company has provided on-screen touch buttons. 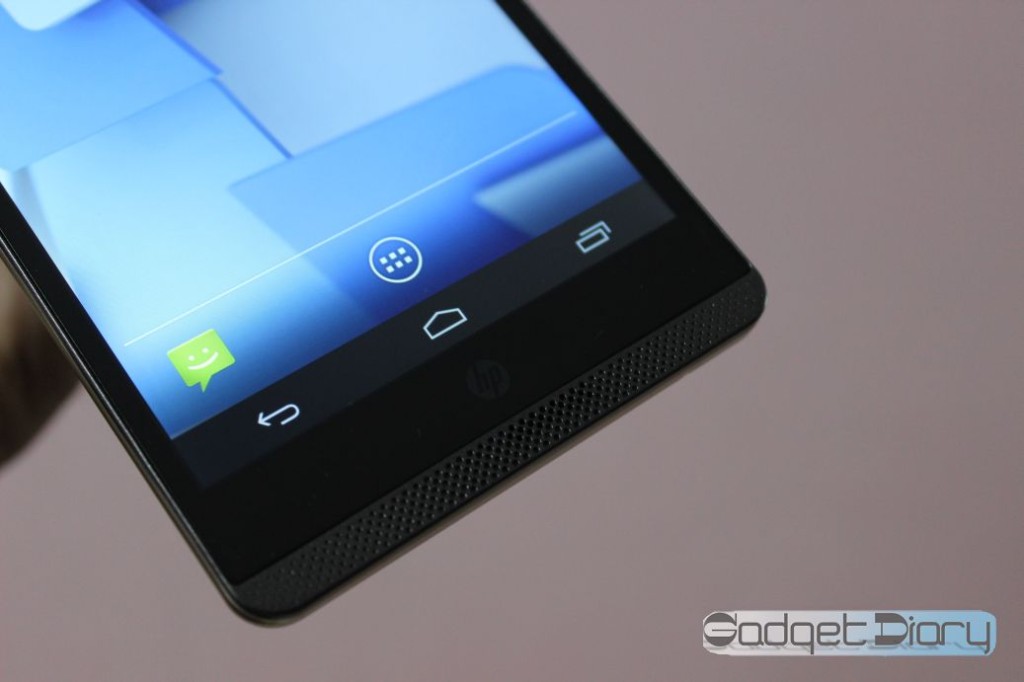 The top of the device has a 3.5 mm audio jack and a micro USB port which can be used to charge your device as well as for data transfer. At the bottom you will just find a lone microphone. 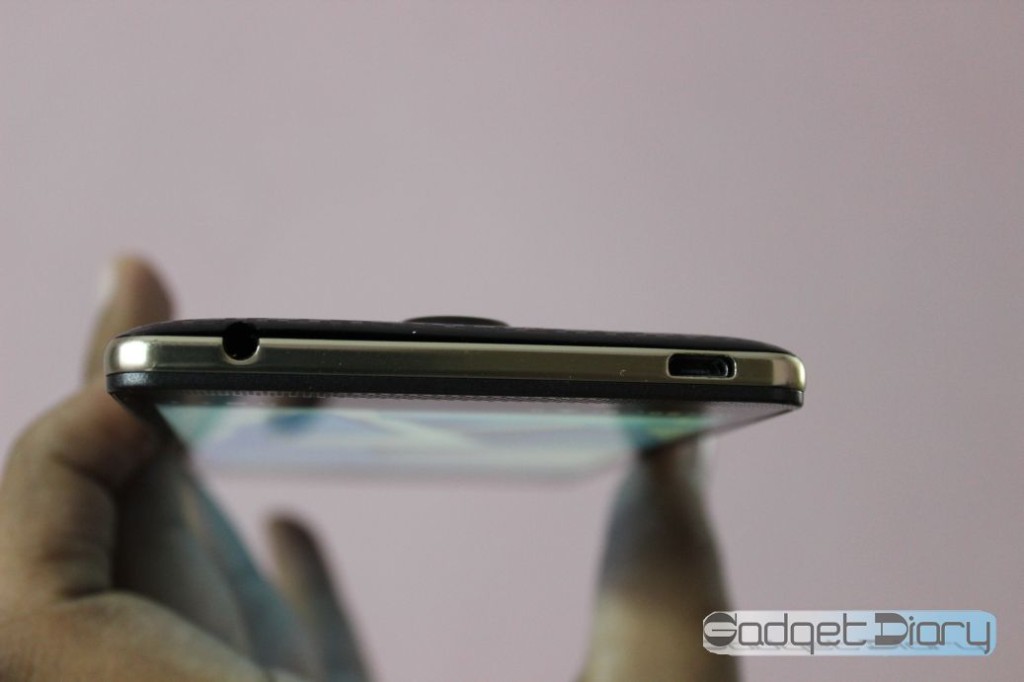 The phone has a faux metal running around the edges which has a dull gold finish. You will find a power/lock key and volume rocker on the right and left side of the device respectively. 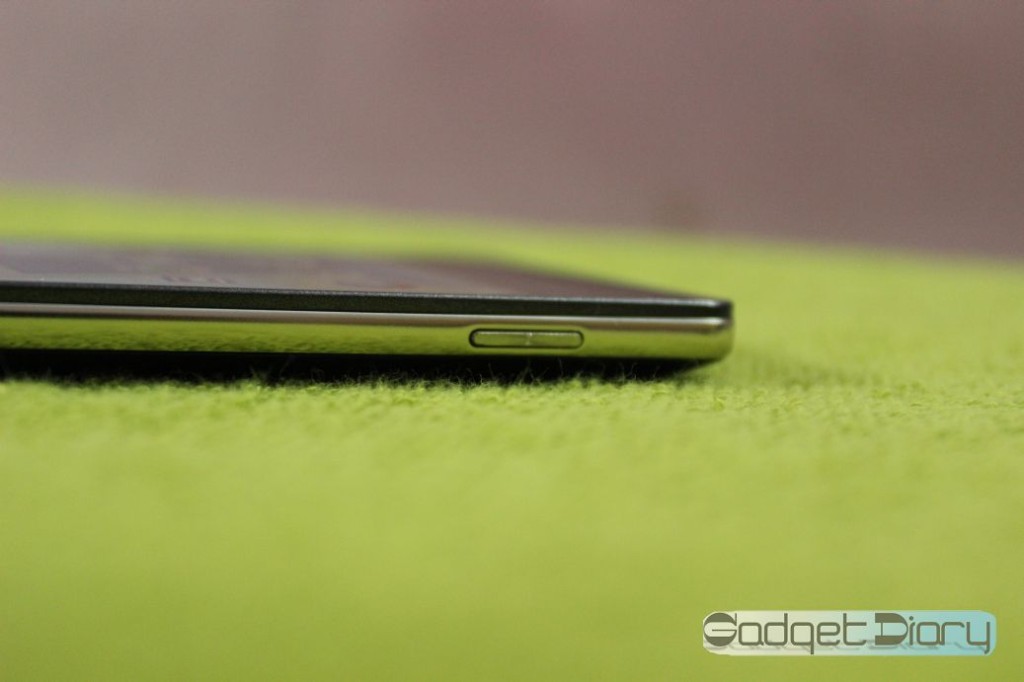 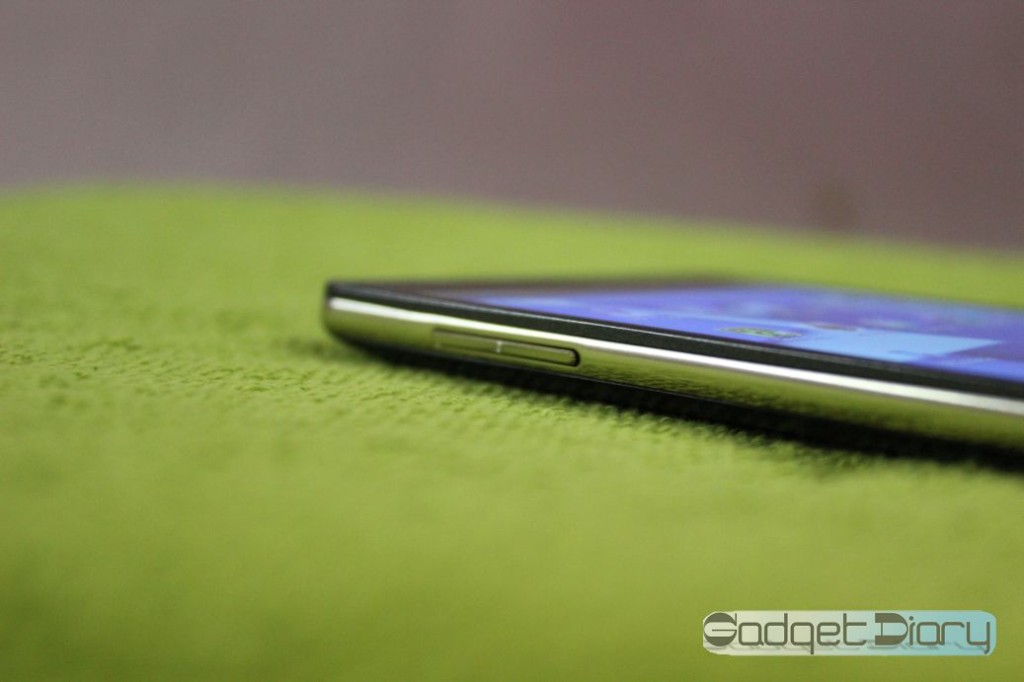 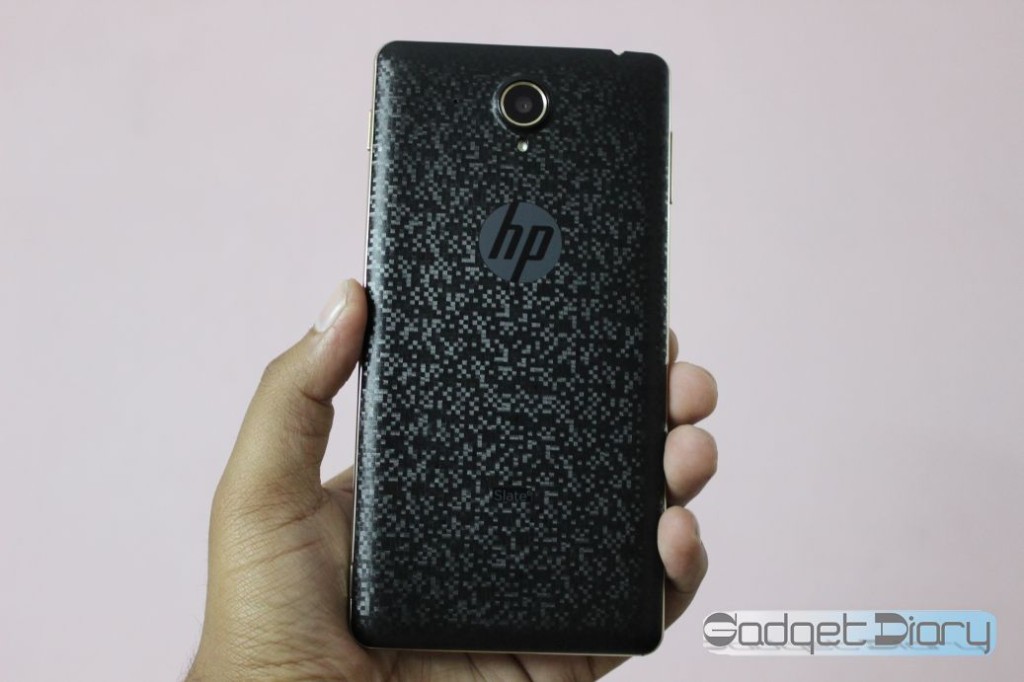 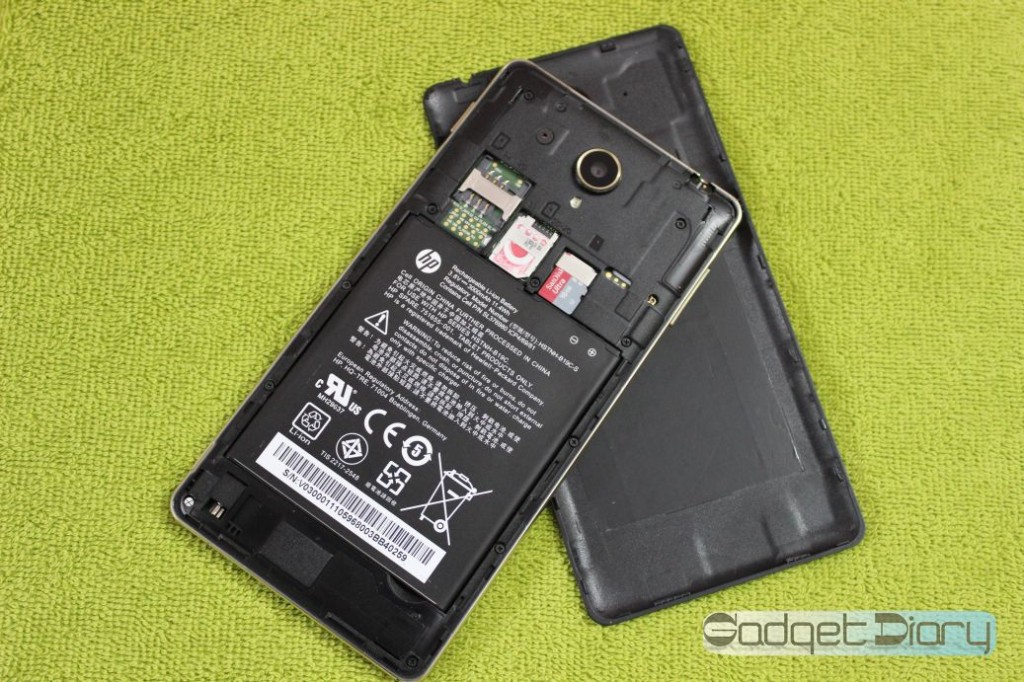 Overall, the device has good design and the textured back cover will surely grab your attention. The factor which might stop few users from opting for this device its size.

As we mentioned earlier the device comes with a 6 inch HD display which has a resolution of 720×1280 pixels. The display has a pixel density of 245 ppi and it supports multi touch. We did not face any problems while using the touchscreen. The display has decent brightness level but the viewing angles are below average.

The phone is powered by a Marvell PXA1088 1.2 GHz quad core processor along with 1GB of RAM and Vivante GC1000 GPU. It comes with 16 GB internal storage which can be expanded by using a microSD card. We performed 3 benchmarking tests on the device to measure its performance. We ran Quadrant, Antutu and Nenamark 2 benchmarks on the device and you can find the results in the video below:

The device did not perform as expected in the benchmarks and the main reason is the Marvell Processor. To be sure about the real life performance of the device we did a small gaming test to see its performance. We played Asphalt 8, Nova 3 and Temple run 2 on the device.

The device was able to run all the 3 games but we did face lag in Nova 3. So it can handle most of the games available for the Android platform but don’t expect it to run high end and graphically intensive games. Talking about the video and music playback quality, the device can play all kind of videos (using default or other video players) but the volume levels are on the lower side. Overall, Slate 6 is an average performer but it can handle your everyday apps easily.

Slate 6 runs on Android 4.2 Jelly Bean OS without any unnecessary customizations. The Smartphone market already has devices running on Android 4.4 Kitkat OS therefore Android 4.2 looks bit old. We hope that HP will soon release an OS update for this device. 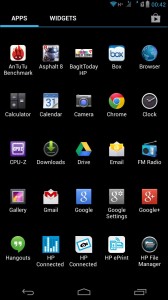 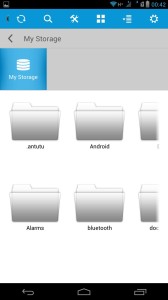 We personally like stock Android smartphones and will give HP bonus points for not messing with the Android OS. The UI is smooth and it comes pre-installed with some useful apps like Kingsoft office, Makemytrip app etc. 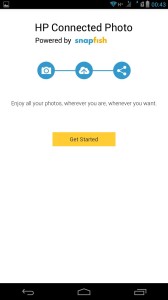 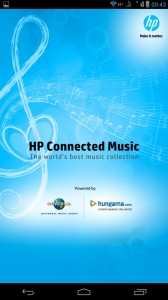 The phone also have some additional HP apps like HP Connected Music, HP ePrint, HP File Manager and HP Connected photo. We really liked the HP connected music app and the best part is you can download the songs using the app for offline listening. We found HP File manager app to be bit sluggish and slow maybe due to the heavy UI.

The device comes with a 5 megapixel back camera with LED flash and a 2 megapixel front facing camera for video calling. The camera app has default interface with not many features. The camera was able to capture good quality images in good light. 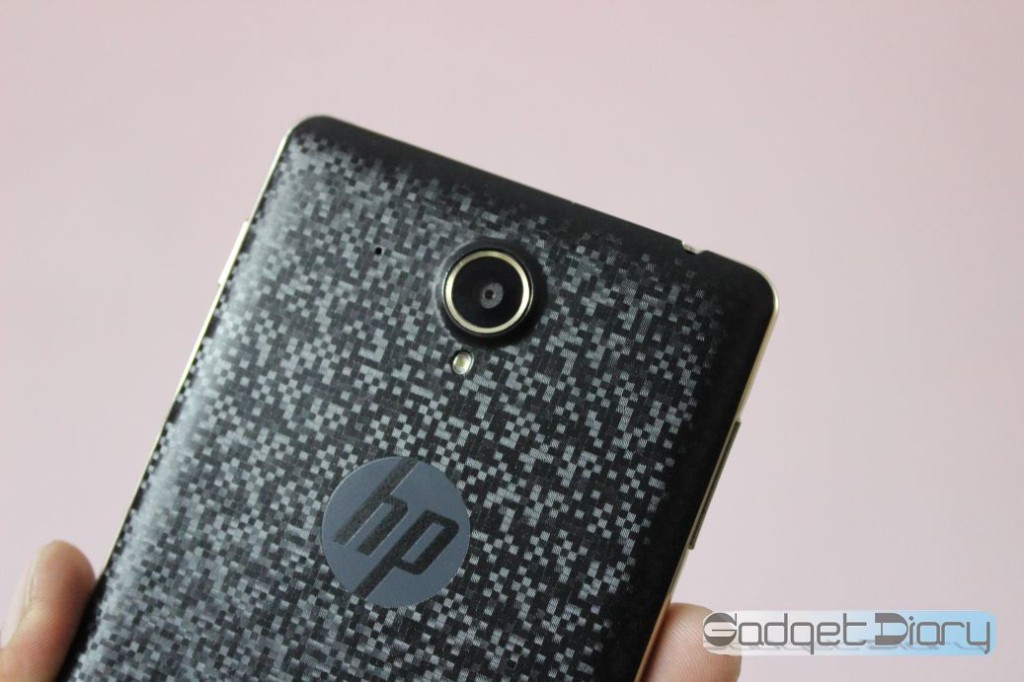 In low light conditions the noise levels in the captured images were quite high. The device can record 720p videos but they are saved in 3gp format. The quality of recorded videos is average. Here are some sample images taken using the back camera of the device:

The Slate 6 voice tab is powered by a 3,000 mAh Li-Ion battery which lasted for an entire day with moderate usage. With heavy usage you need to charge your device again before the day ends. In our test we played few games on the device, made few calls, browsed internet, watched videos and our 3G was on for the entire day (Facebook, Twitter & Email apps in sync mode) but still at the end of the day there was some charge left in the battery.

HP Slate 6 is available in India for Rs 22,990 which makes it a mid range device. We really liked the design and the build quality of the device. The device has an average performance but a good battery life. You can opt for HP Slate 6 if you want to buy a device with big screen and good battery life but can compromise on camera and performance.

Akshay is a Tech Enthusiast who loves to write about Technology and Gadgets. He is very passionate about blogging and has been blogging since 2009.
view all posts