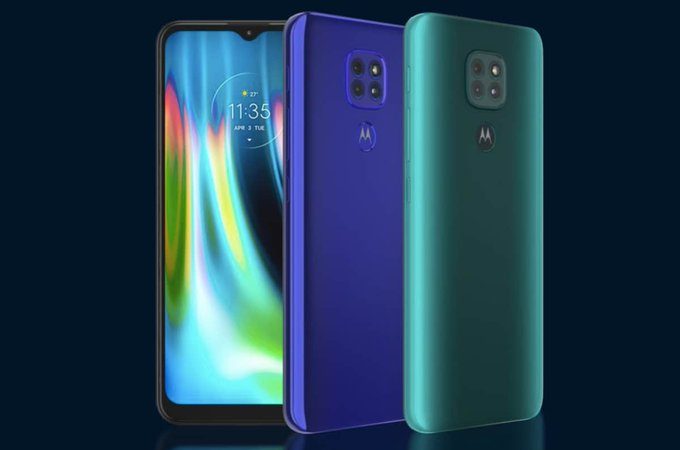 After several leaks and speculations, Motorola today launched the Moto G9 in India. The smartphone is the successor to the Moto G8, which, however, didn’t reach the Indian market even after its debut in Brazil in March this year.

The Moto G9 is upgraded over its predecessor as it gets a bigger battery and fast charging support along with a better rear camera setup. Nevertheless, the processor is slightly toned down compared to the Moto G8.

The Moto G9 is priced at INR11, 499 for a single 4GB RAM and 64GB version in India. The smartphone will be available in Forest Green and Forest Blue color options. The first sale will begin on August 31 via Flipkart.

Talking about the specifications, the Moto G9 is built around a 6.5-inch display that has HD+ resolution and a 20:9 aspect ratio. It comes with a water-drop notch with thin bezels except for the chin. The display is also protected by Gorilla Glass 3 protection. 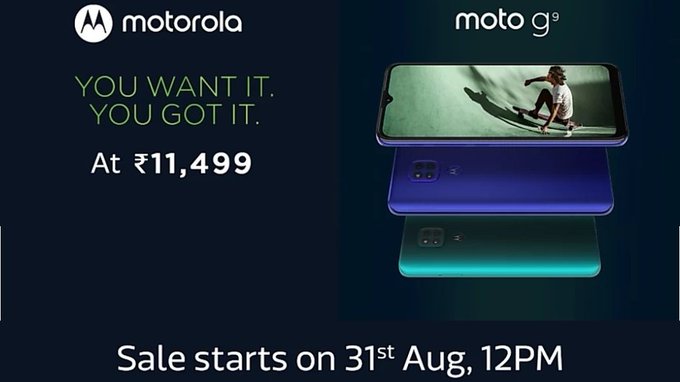 The Moto G9 is underpinned by a Qualcomm Snapdragon 662 SoC as against the Moto G8’s Snapdragon 665 SoC. Paired with the chipset are 4GB RAM and 64GB internal storage. The storage can be expanded up to 512GB via a microSD card.

The Moto G9 sports triple rear camera setup like the Moto G8, but it now has a 48MP primary sensor compared to a 16MP primary sensor. The other two sensors are two 2MP sensors, one for depth sensing and another for macro photography. On the front, the smartphone features an 8MP selfie shooter.

The battery has bumped up to 5,000mAh from the previous 4,000mAh. It also now supports 20W fast charging. The large battery is touted to deliver up to two days on a single charge. On the software side of things, it runs Android 10 out-of-the-box.

The Moto G9 supports 4G VoLTE, Wi-Fi, Bluetooth 5.0, GPS/A-GPS, NFC, FM Radio, USB Type-C port, and the 3.5mm headphone jack. For the biometrics, the Moto G9 comes with a fingerprint scanner mounted on the back panel.

The Moto G9 will compete against the likes of the Redmi Note 9, the Realme Narzo 10, the Samsung Galaxy M31, and the Xiaomi Mi A3, which more or less fall in the same ballpark with similar specifications and features.