Motorola One Fusion+ with pop-up selfie camera and SD 730G SoC launched in India for 16,999 INR 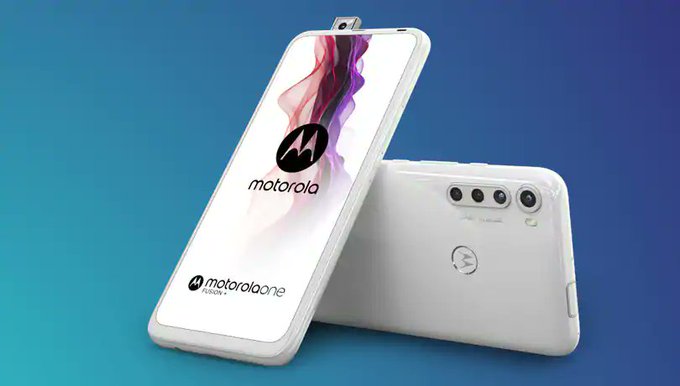 Last month Motorola launched the flagship Motorola Edge+ in India followed by a budget device, the Moto G8 Power Lite. And today the Lenovo-owned company has unveiled the Motorola One Fusion+ which was launched in the European market last week.

The Motorola One Fusion+ is a mid-range smartphone with a focus on its cameras and performance. Besides that, it also includes a large battery and a pop-up selfie camera.

The smartphone is priced at INR16,999 and will be sold starting June 24 via Flipkart. The smartphone comes in two color options: Moonlight White and Twilight Blue

The Motorola One Fusion+ makes use of a fairly capable 7nm Qualcomm Snapdragon 730G octa-core SoC under the hood for power. The smartphone comes with Adreno 618 GPU, 6GB RAM and 128GB internal storage, which can be expanded up to 1TB using a microSD card. There is no dedicated slot for it, though. 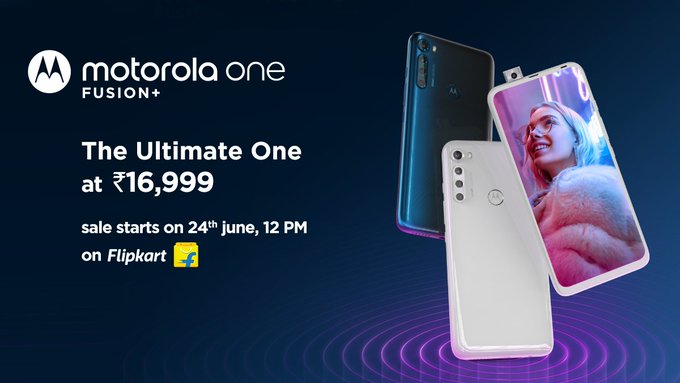 Around the back the Motorola One Fusion+ tacks on a quad-camera module that has all the four sensors aligned vertically with an LED flash sitting next to it. The camera array includes a 64MP primary sensor, an 8MP ultra-wide-angle sensor, a 5MP macro sensor, and 2MP depth sensor. The camera can shoot 4K videos at 30 fps.

For selfie and video chatting purposes, the smartphone has a 16MP selfie camera which is placed inside a pop-up slider. It can shoot 1080p videos at 30 fps.

On the software side of things, the Motorola One Fusion+ runs clean stock Android 10. When it comes to fuel, the smartphone has a large 5,000mAh for it aided by 15W fast charging tech.

The fingerprint scanner is placed on the back, a 3.5mm audio jack on top and a USB Type-C port at the bottom. The phone also comes with a dedicated Google Assistant button.

Amongst other connectivity options, the Motorola One Fusion+ supports dual 4G VoLTE, WI-Fi, GPS, and Bluetooth 5.0.

On a closing note, Motorola One Fusion+ at just INR16,999 is pretty aggressively priced partly because it is a Made-in-India product and partly because the company is finally waking up to the challenge of the Chinese brands like the Realme and Redmi which are known for offering affordable but well-specced devices.