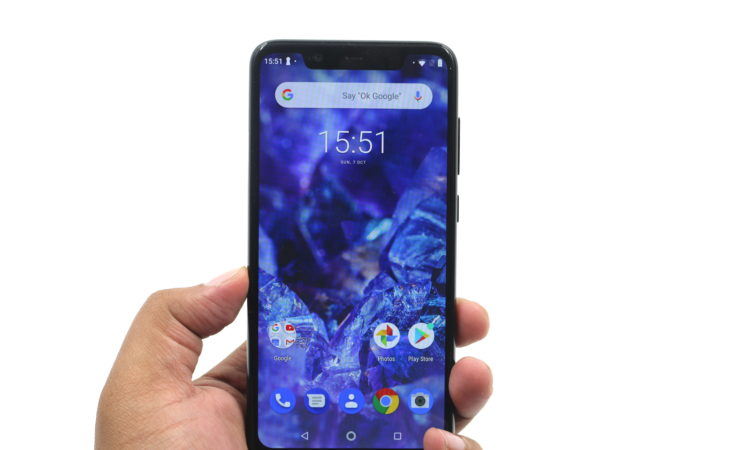 The Nokia 5.1 Plus is one of the many Android One phones available in India but it still has one unique thing about itself. The phone looks absolutely gorgeous. It has very elegant design features and a back that is to die for. Nokia has proved its point with the Nokia 5.1 Plus that it isn’t very difficult to create beautiful looking smartphones in a lower price range.

It has a lot of other good things and some not so good things that we will cover in detail in this review of the Nokia 5.1 Plus.

The Nokia 5.1 Plus is one of the best looking mid-range phones out there and the phone sports a glass at the back to make things look even better. In the front, you get a 5.8-inch HD+ display with an aspect ratio of 19:9 and the display has a notch that houses the earpiece, proximity sensor, ambient light sensor, and the front camera. 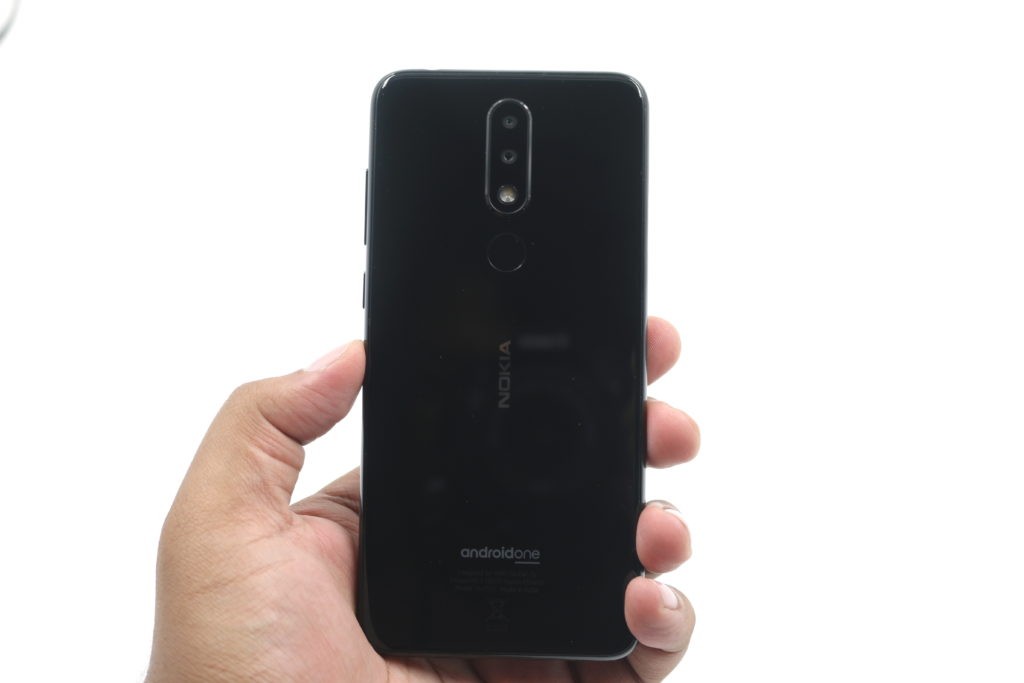 Coming to the back, the phone, as mentioned, has a glass back with a smooth glossy finish. The back does look nice but it is also a fingerprint magnet that attracts a lot of smudges while you’re handling the phone. Anyway, the back has the vertical dual camera set up along with the LED flash in the top mid part of the back and the fingerprint sensor is located just below the camera setup. The Nokia and Android One branding are also placed on the back.

The frame of the phone is built out of Polycarbonate and on the right side of the phone, you have a power, lock and unlock button along with the volume rockers. On the left side, you will find a hybrid SIM and microSD card tray that can house a SIM with a microSD card or two SIM cards at once. 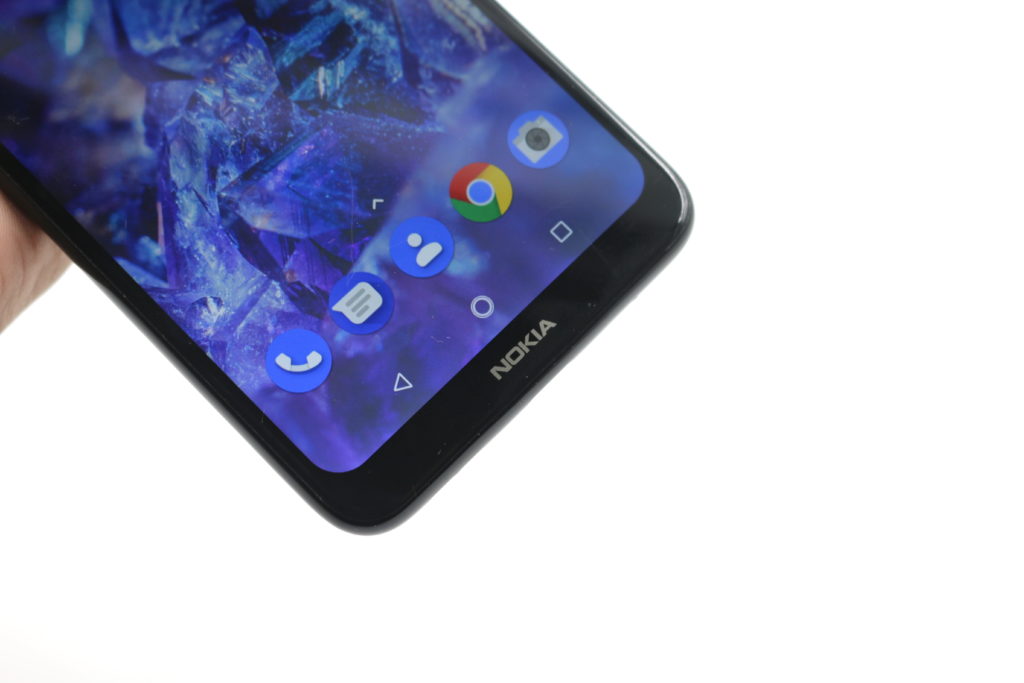 The top of the phone houses the 3.5mm audio jack along with a noise cancellation microphone. The bottom, on the other hand, houses the speaker grill, a USB Type-C port, and another microphone. The in-hand feel of the device is really good and it is undoubtedly one of our favorites phones under 15,000 INR in terms of design.

The Nokia 5.1 Plus comes with a 5.8-inch HD+ display with a resolution of 720×1520 pixels and the display comes with an aspect ratio of 19:9. The panel being used here is an IPS LCD panel which has a pixel density of about 287ppi and the whole display setup has a screen to body ratio of about 79.6% which is decent for a phone in such price range. 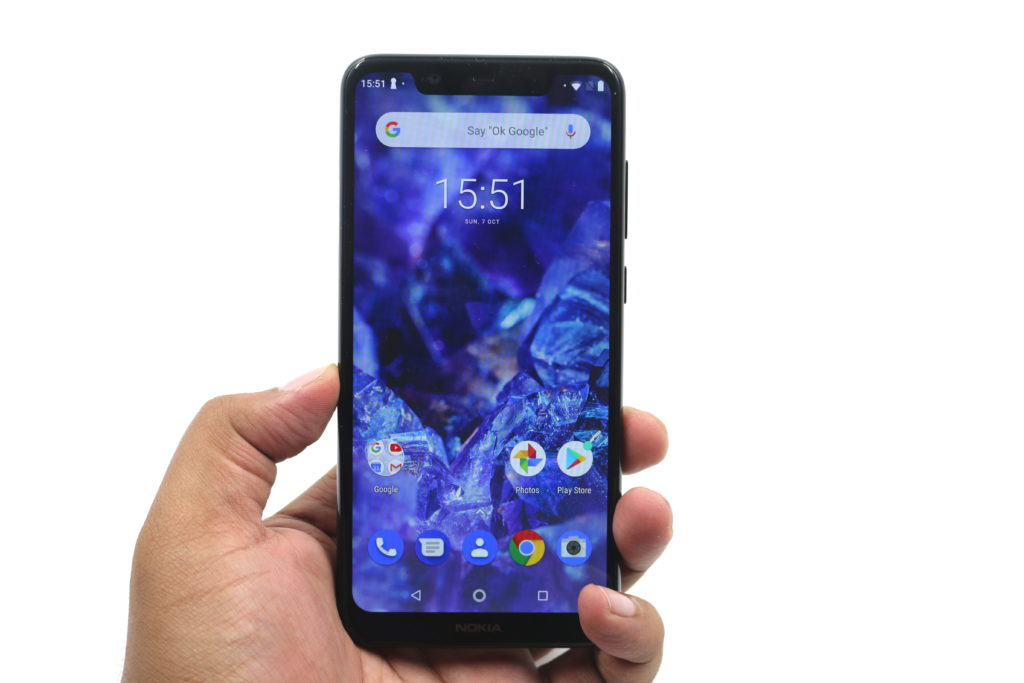 Even though the display is quite big, the phone still feels compact but you will be able to see the pixels on the display if you use it too closely. This is a phone priced at Rs. 10,999 so we can’t complain about that.

Coming to the camera, the Nokia 5.1 Plus has a dual camera set up on the back which is built with a 13MP sensor with an f/2.0 aperture and another 5 MP depth sensor. This set up is supported by a single LED flash and on the front you have an 8 MP camera with an aperture of f/2.2. 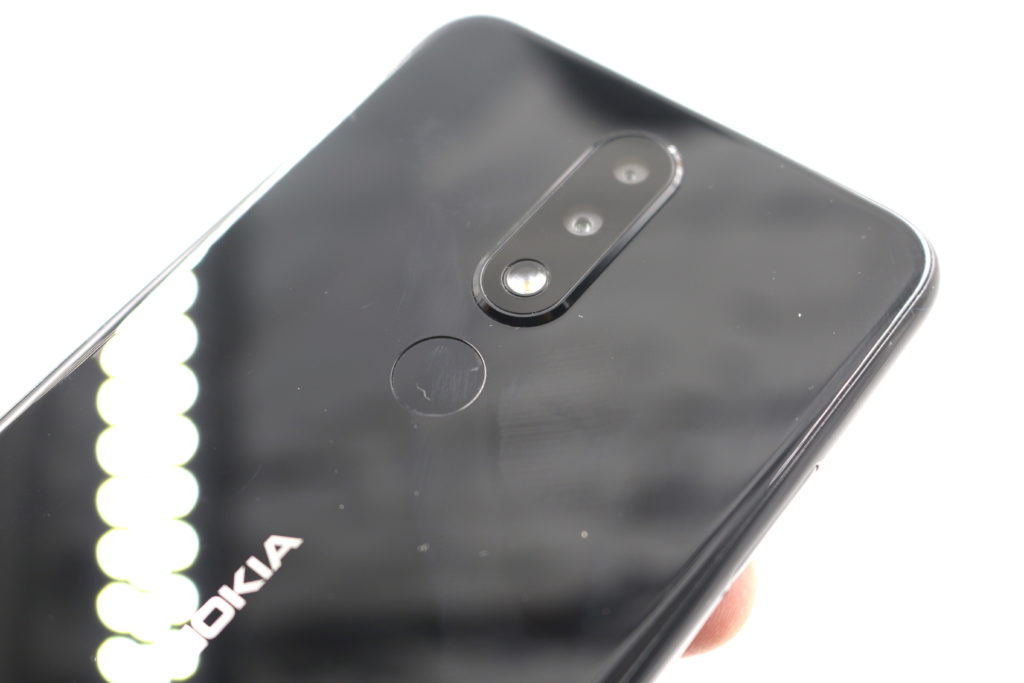 The rear cameras worked well when the photos were taken in daylight and the colors and details in the photos are decent. The portrait mode photos also turned out to be good and the edge detection was also decent enough.

In the dark, the pictures will have noise due to high ISO but focusing isn’t too hard and the photos don’t blur out when the phone is used in low light mode. The camera app also has a Manual mode which can be used to tweak the shutter speed, focus, white balance and more manually. You can use this mode to get better pictures. 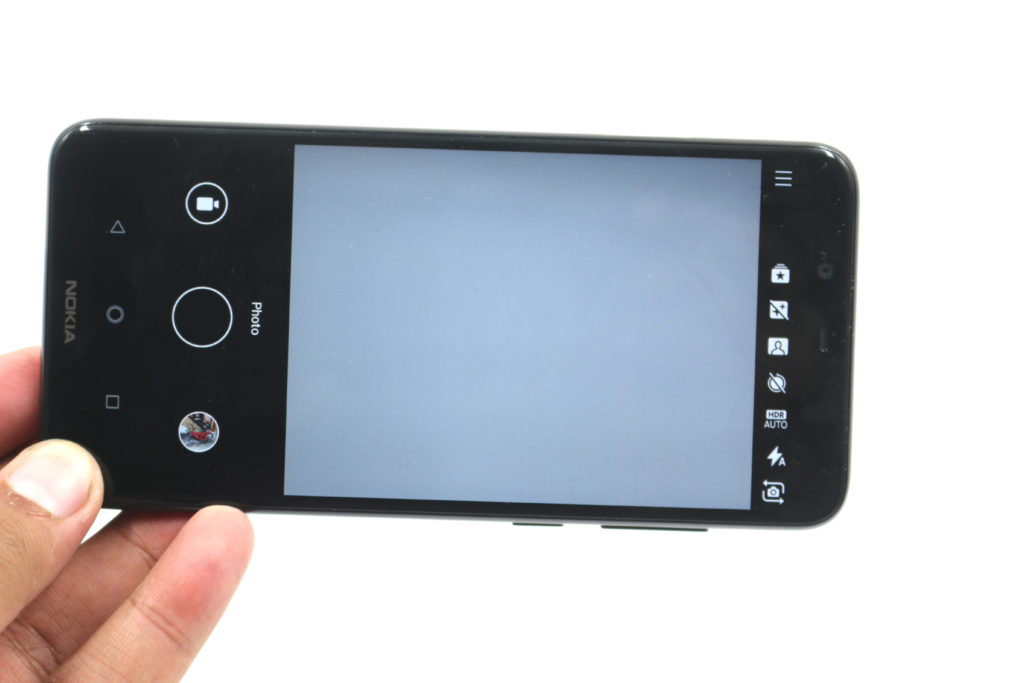 Coming to the front, the selfie camera works well and can take good photos. It also captures a lot of details in the photos and the camera UI works quickly when you’re using the front camera.

The phone comes with an octa-core (Quad-core 2.0 GHz + Quad Core 2.0 GHz) MediaTek Helio P60 processor which is coupled with 3GB RAM and this is the only RAM variant that is available in India. You also get a storage space of 32GB which can be expanded up to 256GB using a microSD card.

The phone performed well with the configuration in the day to day usage with apps like WhatsApp, Chrome, Maps etc. and while there were a few stutters here and there, there was nothing that made the phone unusable at all. Nokia 5.1 Plus isn’t meant to be a gaming phone but it has a Mali-G72 MP3 GPU that can handle casual games well. You can play games like Subway Surfers, Angry Birds etc. without any issues and games like PUBG and Asphalt 9 can be played with just a few frame drops here and there.

Coming to the battery, the phone has a 3060mAh battery and with a 720p screen, the battery life that the phone gives is amazing. It is also equipped with fast charging and comes with a 10W wall adapter and it takes almost two hours to charge the battery from 10 to 100%. 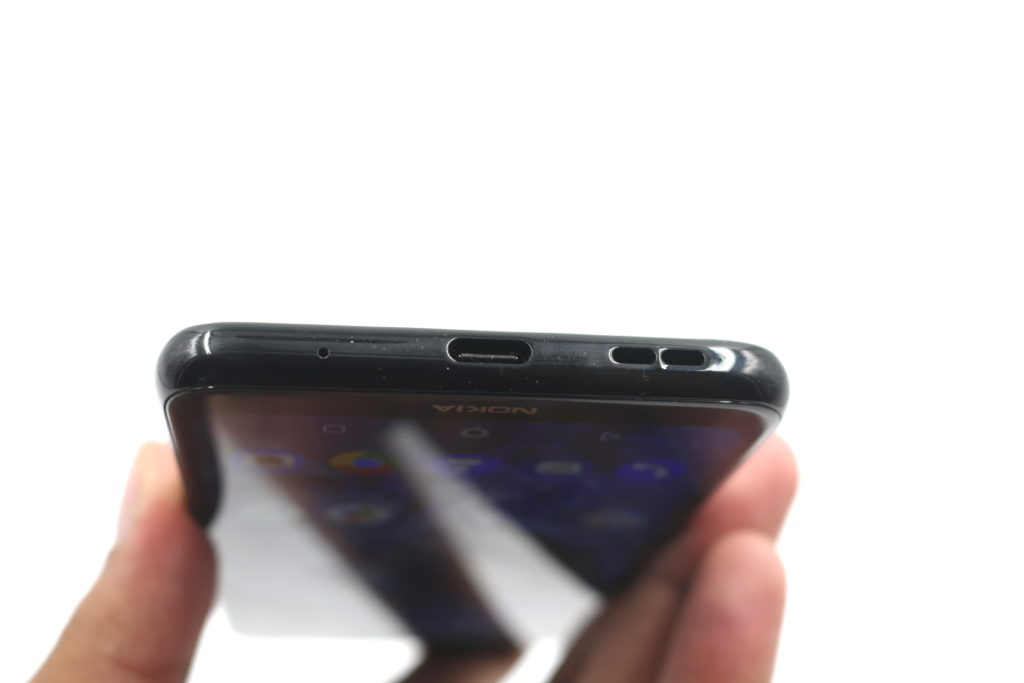 As mentioned, the Nokia 5.1 Plus is an Android One phone and it comes with stock Android 8.1 Oreo which will be upgraded to Android 9 Pie in the future. The User Interface is quite basic and exactly the same as any other stock Android device that runs Android 8.1 Oreo. The phone, being part of the Android One program means it will receive all the updates released for Android for the next two years and that is very impressive.

Even Nokia has a great track record of providing updates even for their low-end phones and Nokia 5.1 Plus, being a phone in Android One is bound to receive critical updates whenever they’re released.

The Nokia 5.1 Plus is a great smartphone for Rs. 10,999. Doesn’t matter that the phone comes with a MediaTek Helio P60 chipset since the performance is almost similar to a phone that comes with a Snapdragon 660 and that’s a great thing to have at such a low price point. If you decide to go with this phone, it should be because it looks great, it has stock Android and it performs really well and also has the promise of important software updates in the future.

The Nokia 5.1 Plus is a great smartphone for Rs. 10,999. If you decide to go with this phone, it should be because it looks great, it has stock Android and it performs really well