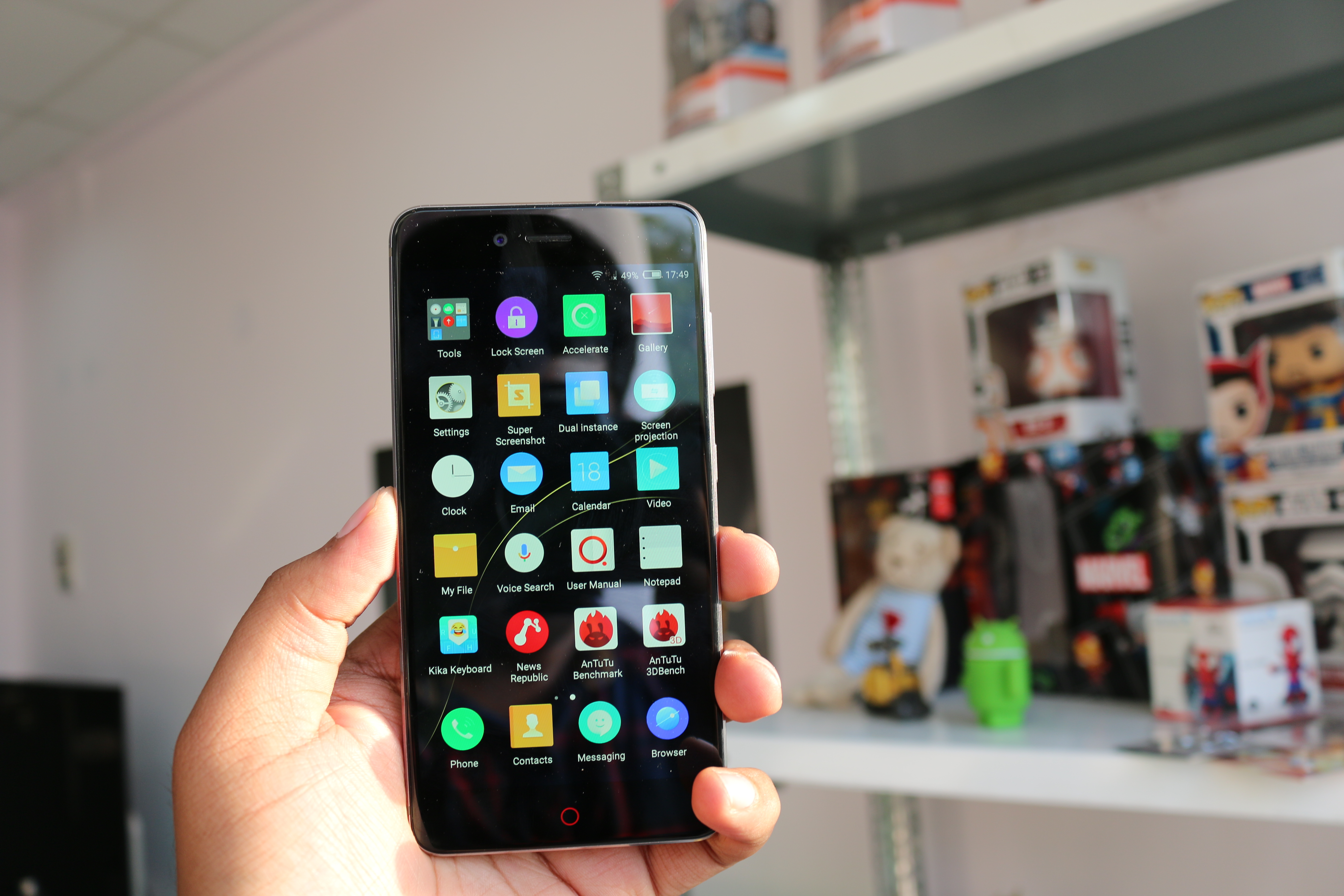 It wouldn’t be an exaggeration to say that the trends in today’s mobile industry have seen their fair share of ups and downs. In 2007, before the iPhone, everybody expected phones to be smaller; instead, phones only kept getting bigger. Apple’s iPhone made popular an elegant way to browse the internet on the phone, manipulated by our fingers rather than the styli of old.

Today’s phones juggle between priorities. They are bigger than what fiction had imagined two decades ago, but they are also more affordable and accessible than ever; smartphones today vary among the different ranges of price, compelling manufacturers to create sub-brands that focus on particular prices and markets.

Nubia is a sub-brand of ZTE, much like Lenovo’s acquired Moto brand and Huawei’s Honor brand of phones. Last year the company launched Nubia Z11 and Z11 mini in India.

The Nubia Z11 mini S is the latest offering from the company, competing directly against the Moto G5 Plus, Lenovo Z2 Plus, and even the Xiaomi Redmi Note 4. Initially launched in China back in October, it is now coming to India. Let’s take a closer at it, and see what it’s all about. 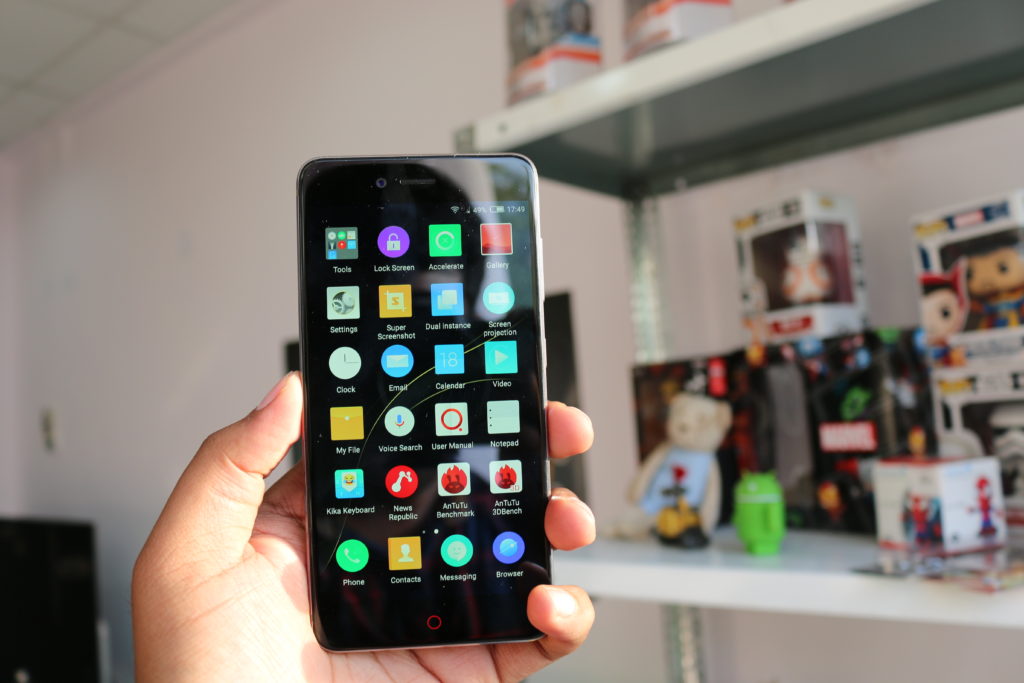 Nubia has paid good attention to the design and build quality of this phone. The Z11 Mini S features a metal unibody design that’s just 7.6mm thick, but the design offers a decent amount of grip. 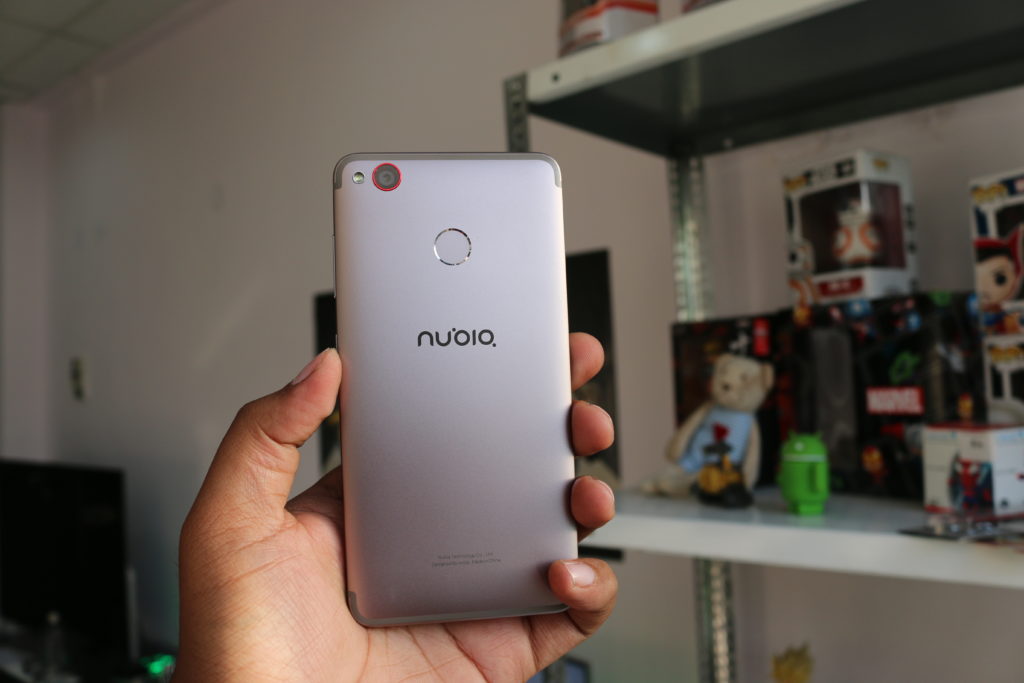 A 5.2-inch 1080p IPS display with 450 nits of brightness dominates the front, while Corning’s Gorilla Glass provides some protection against drops and scratches. There is almost no bezel on the sides, but the bottom features backlit capacitive buttons for navigation. 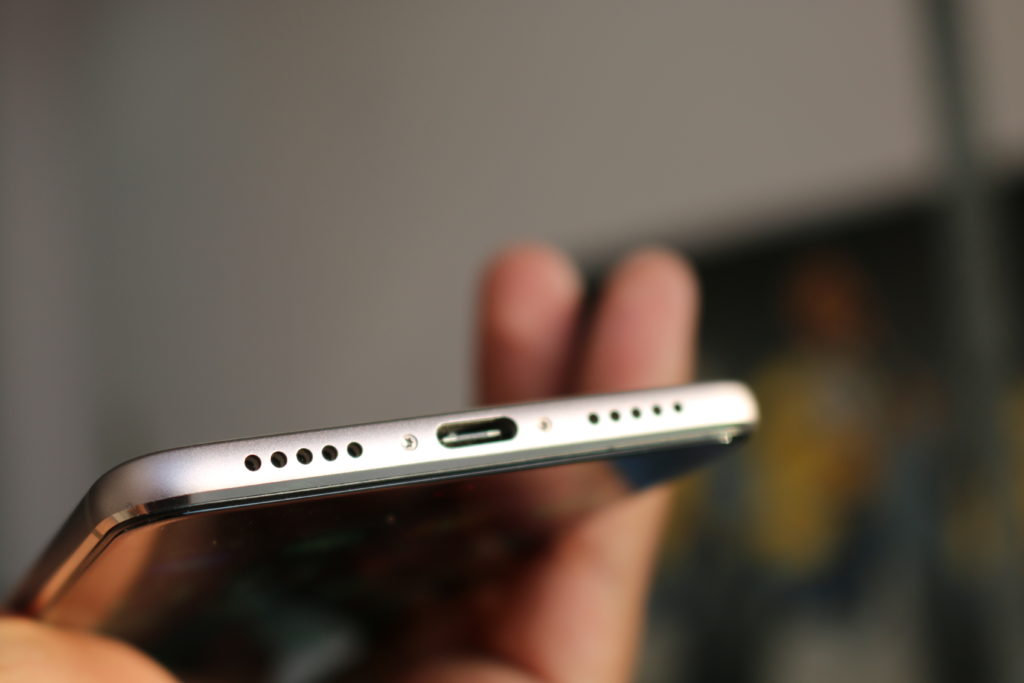 Nubia is also using these buttons for notifications; the home button features a “breath light” that pulsates when the phone is charging or when there are unread text messages.

The dual nano-SIM slot is on the left side, which also accepts the microSD card. However, the microSD slot goes in the same place as the second SIM. Therefore, if you use a microSD card, you can only use one SIM.

The power button and the volume rocker are on the right, while the 3.5mm headphone jack is on top, and the USB Type-C port on the bottom, along with the speakers. 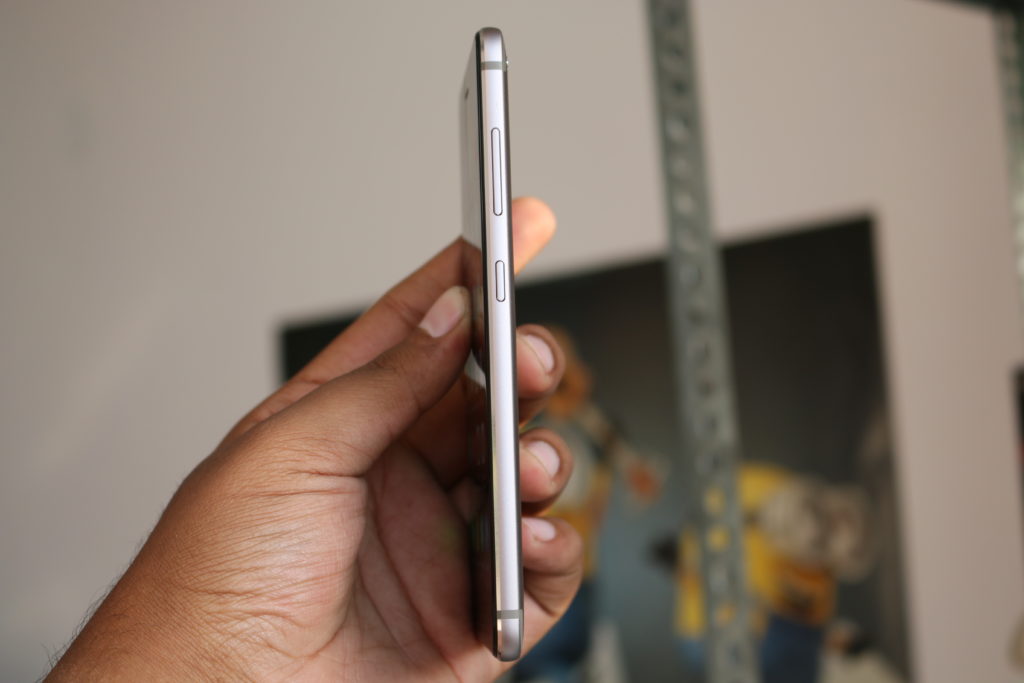 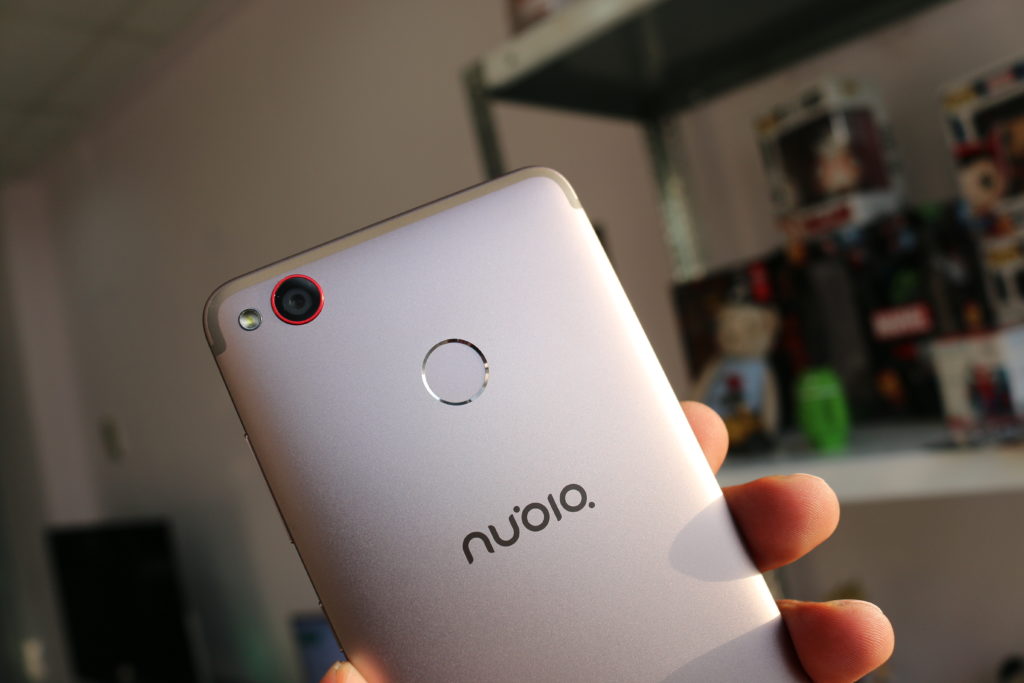 The back also has a slight bump accommodating for the camera, but Nubia was kind enough to use a sapphire glass lens for the camera, so scratches shouldn’t be a problem.

As mentioned, the phone features a 5.2-inch 1080p IPS display with 450 nits of brightness. That extra brightness proves to be of great help while using the phone in direct sunlight. The touch sensitivity is accurate as well, and the moderate screen size contributes to making the phone usable with one hand.

Somewhat uniquely, Nubia allows users to change the color temperature of the display straight from the Settings app. This is a feature many crave and root their devices for, so it’s nice to see it available as an option by default.

Nubia is relying on its camera to speak for itself. It’s one of the biggest highlights for the Z11 Mini S, featuring a 23MP Sony IMX318 sensor with PDAF and f/2.0 aperture. The level of detail and color accuracy is quite impressive in daylight, and the low-light performance isn’t too bad either. 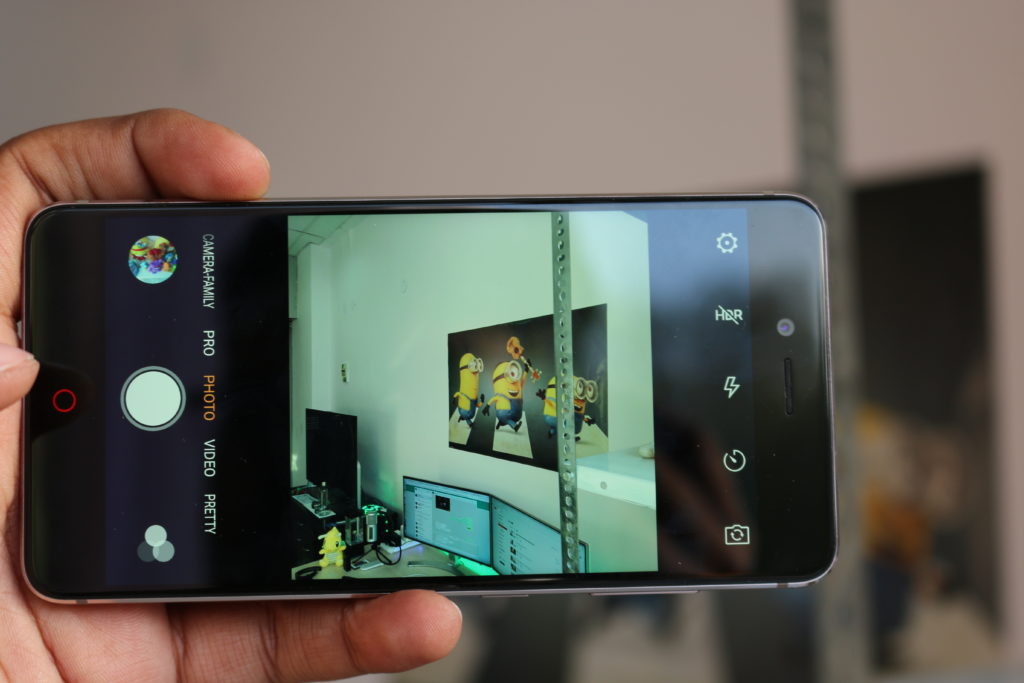 Low-light shots have very little noise, if at all. The camera’s performance is no surprise, as Nubia promised a DSLR-level camera with its announcement. It can turn out to be some tough competition against Lenovo’s Moto G5 Plus, which is also in the same price range. 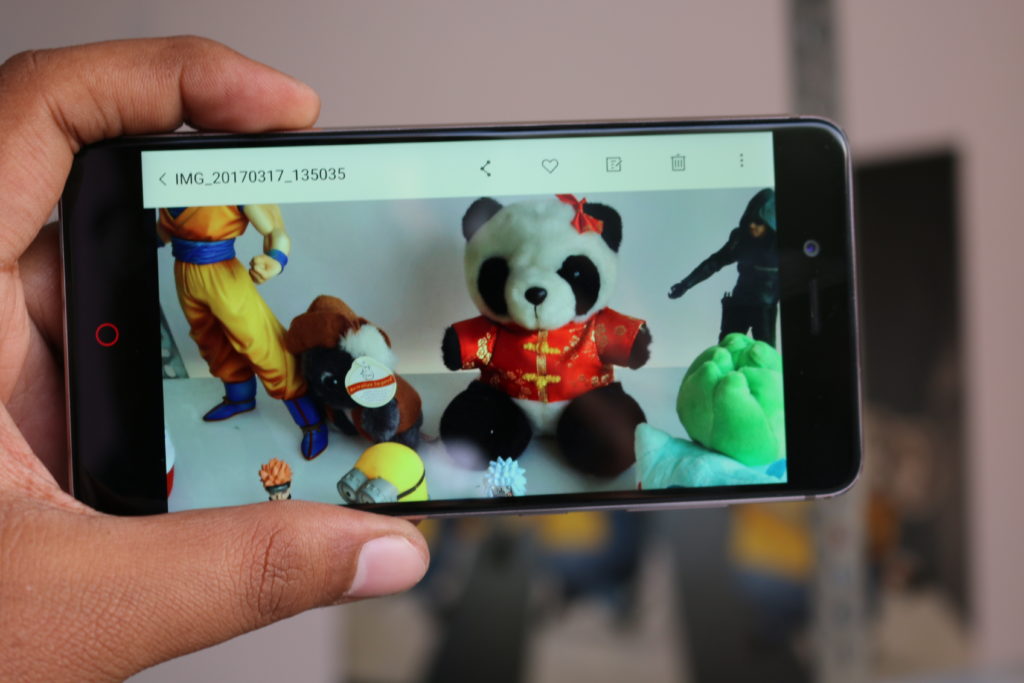 The 13MP front camera also features PDAF and a f/2.2 aperture. It works well in daylight, but not quite in low-light. Nubia’s camera app comes with a few features to compliment the front camera, such as a screen flash. The screen flash does help in capturing better quality selfies in low light conditions.

Nubia has incorporated an octa-core Snapdragon 625 SoC clocked at 2Ghz in the Z11 Mini S. The Snapdragon 625 has found its way into many phones in this price range, like the Redmi Note 4, Moto Z Play, and the Moto G5 Plus.

It’s clearly a capable processor, and the phone makes good use of it. Apps load quickly, and the 4GB of RAM accompanying the processor makes multitasking a breeze. The Adreno 506 GPU is also very capable and can run games reasonably well while only getting slightly warm.

The 64GB of internal storage should also be plenty good for all the games and media one could hope to store on this device, but if not, then one can add up to 256GB of additional storage via the microSD slot.

Nubia has gone with its very own custom fork of Android 6.0.1, named Nubia UI 4.0. It’s not the most pleasant experience, as the layout takes a while to get used to and some of the text needs cleaning up. However, there are quite a few interesting features that make up for it.

Edge Gestures, for example, lets you open up the home screen, switch between apps, adjust the screen brightness, or force close background apps, by doing a select few gestures on the edge of the screen.

Nubia also bundles a few apps like the News Republic and Kika Keyboard with the phone, along with a User Manual app to help the novice users understand. There are a built-in screenshot and screen recording tool as well.

Nubia has managed to pack in a 3000mAh battery in this device, and frankly, that’s just about right. The phone is efficient with how much power it consumes, lasting for just about 12 hours with moderate use. That’s an incredible improvement over phones released just two years ago.

Overall, the Nubia Z11 Mini S has all the ingredients to make it a good phone. It has a good processor that’s efficient enough to last about 12 hours before the 3000mAh battery runs out.

It also has 64GB, with the option to add 256GB more if needed. One of the best features is the Camera, the back 23MP camera works really well and helps in capturing great quality images.

In India, the Nubia Z11 mini S is available for ₹16,999 exclusively on Amazon.in. It’s priced well for what it does and if you are looking for a smartphone which offers good design, great display, and a brilliant camera, you can opt for Nubia Z11 Mini S.