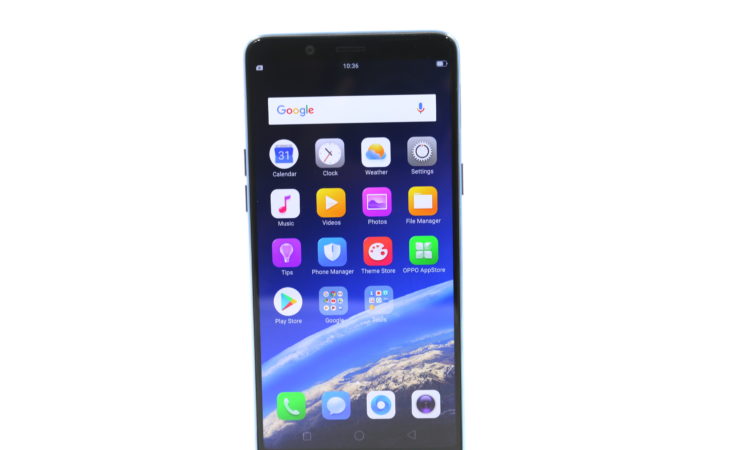 Realme 1 was launched in India back in May 2018 by Oppo. The Realme brand is a sub-brand from Oppo and it was announced to be sold in India in partnership with Amazon. The phone comes in three different variants.

The phone comes loaded with a 2GHz octa-core Helio P60 and you can choose any of the above RAM variants. It has a 5.99-inch 18:9 display and many other things that we will talk about in this review. Let’s get started.

The phone looks great. Oppo has done some great designing for the phone. You will find a Diamond Black Finish on the back of the phone and when you see lights reflecting from the back panel, it looks great! The phone is also availble in moonlight silver. 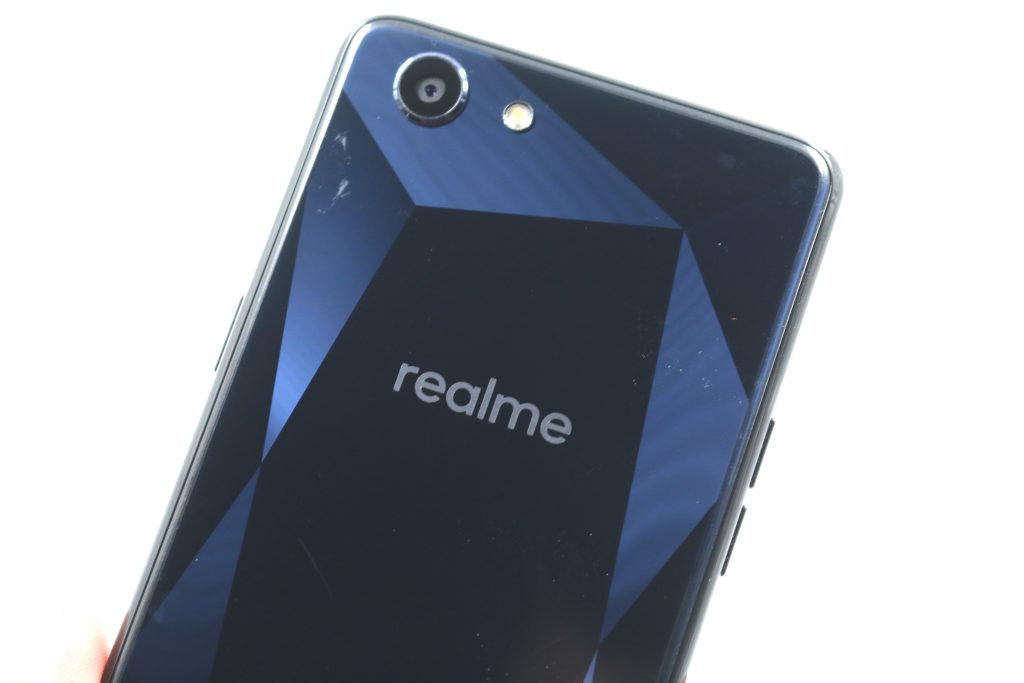 Anyway, the build quality isn’t the best when compared to competitors in the same price range but that is mostly because the phone is very light. It has a polycarbonate feel to it and it adds up to the phone’s build seeming to be a bit average. But don’t let the weight fool you because the phone is built pretty well. The phone’s low weight is something that I really liked.

The front of the phone has a 5.9-inch 18:9 display. The front looks very clean and has no branding or any kinds of a logo on it which is neat. 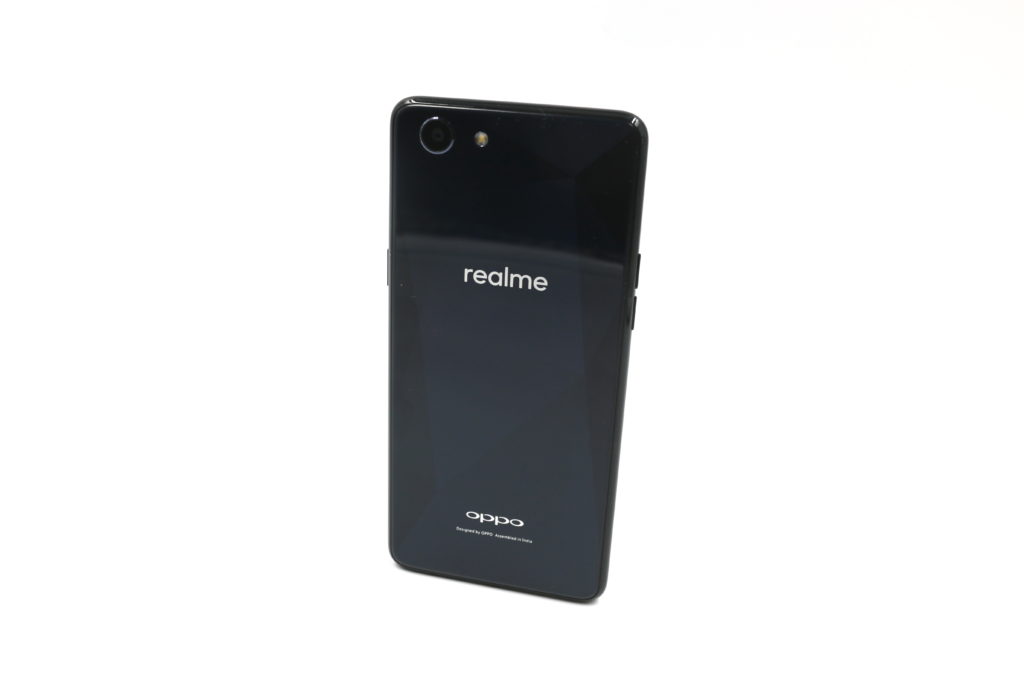 Above the display, you will find the front camera, earpiece, and the integrated sensors. The lower side of the phone is completely empty.

Turning the phone around will reveal the rear primary camera and you will notice that the phone neither has a dual camera setup or a fingerprint sensor on there. The back of the phone houses the single rear camera along with an LED flash. There’s also a Realme and Oppo branding on the back. Again, the back of the phone looks spectacular. 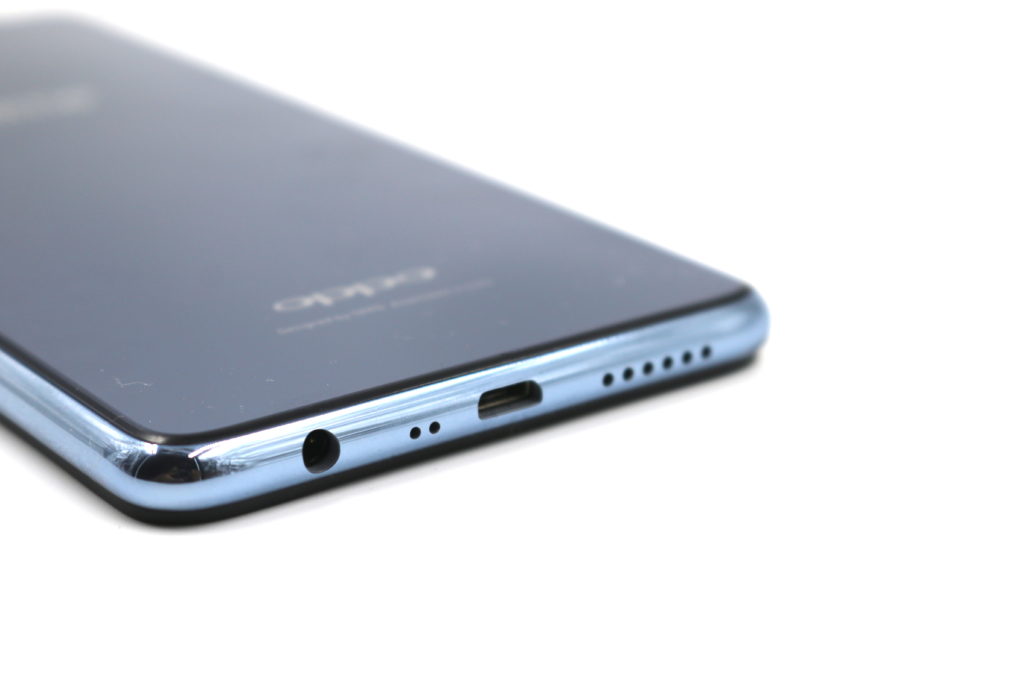 The right side of the phone houses the power/lock and unlock button and the SIM tray (2 SIM Slots + 1 dedicated mico SD card). The left side holds the volume rocker and that’s it. The top of the phone is empty while the bottom of the phone holds the micro USB port and the 3.5mm audio jack.

The Realme 1 has a 6-inch IPS LCD display with a resolution of 1080 x 2160 pixels. The screen has an aspect ratio of 18:9 ratio and all this calculates to about 402 ppi pixel density. Being a full HD+ panel, it can show a good amount of details and the screen being an IPS panel is able to show great looking colors. 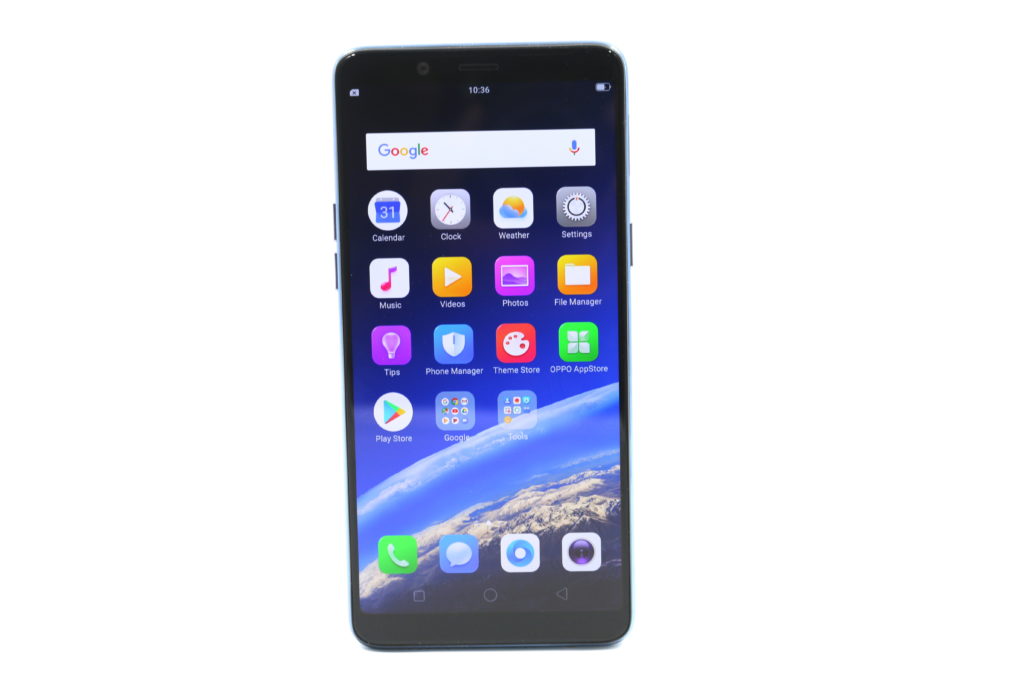 The screen gets bright enough to be used in sunlight. You will also notice that the blacks are produced really well and all in all, the display is a plus point of the phone.

Going against the industry flow, Realme decided that it was a good idea to keep the camera setup on the phone pretty basic. But basic doesn’t mean its bad. It is actually better than many of the dual camera phones out there. 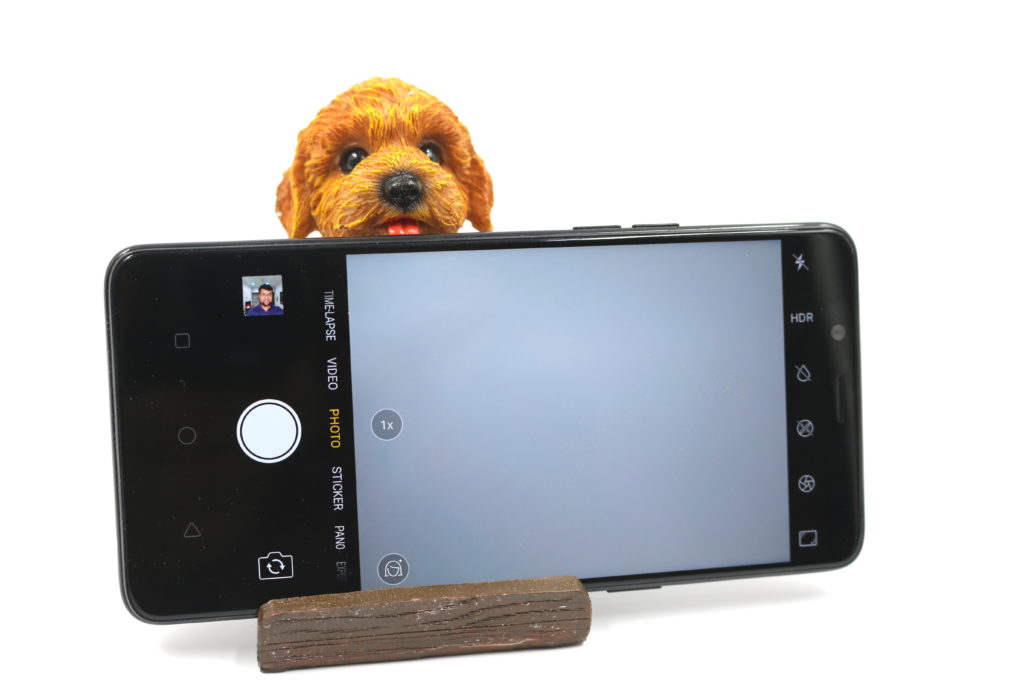 The primary camera on the rear is a 13MP shooter while the front shooter has an 8MP sensor. Thanks to the AI integrations, both front as well as rear cameras can shoot portrait mode. The cameras also work well in low light conditions which is a good thing. The camera on this thing is a winner for sure. Although if we compare it to smartphones like Redmi Note 5 pro, it is still not the best camera under 15,000 INR. 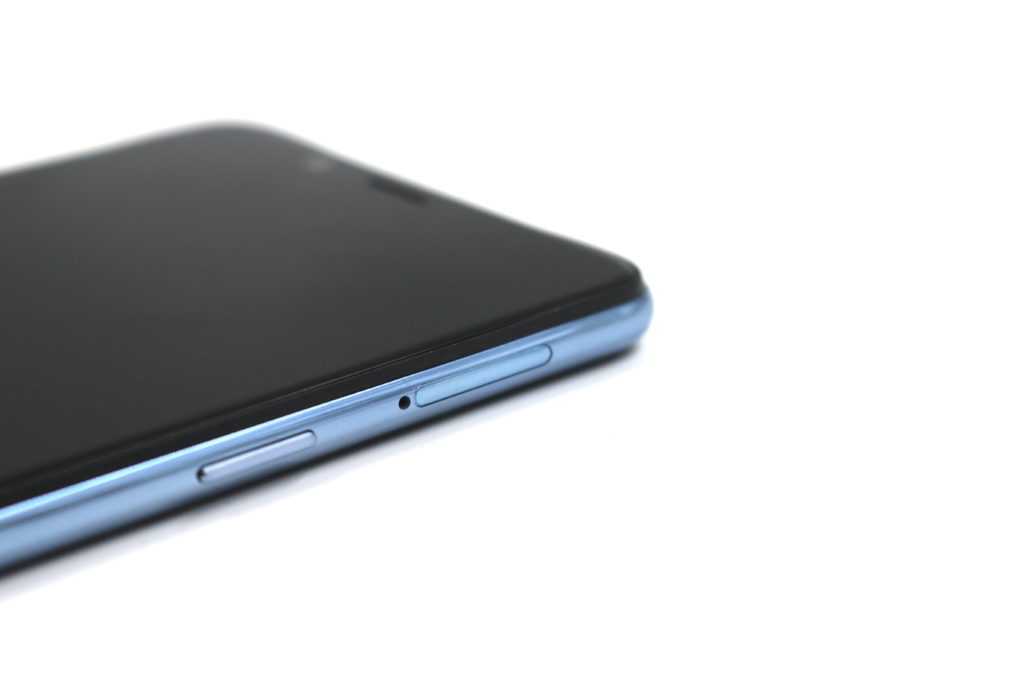 Gaming on the phone works flawlessly. While you will notice a few frames drops here and there but most of the time things run smooth.

Coming to the battery life, the phone performed extremely well in terms of battery. It has a battery of 3410 mAh which gives you a full day of runtime once it is charged fully. The phone charges from 0-100% in about 3 hours and the phone lacks fast charging which would have been a welcome addition. The charging time is definitely one of the highest out there.

The Realme 1 is running on Android 8.1 Oreo with company’s very own Color OS 5.0 on top of it. Color OS comes with some extra features. Color OS 5.0 runs quite fluid on the phone but you will notice that things look a bit cluttered.

But the bloatware on the phone was minimal which is always a great thing. Color OS has features like dual apps where you can run two different versions of the same app. You can change themes using the theme app on the phone and there are a lot of features.

You can also setup Face Unlock on the phone which is Realme’s way of saying goodbye to the fingerprint sensor on the phone. The Face Unlock is quite quick and recognizes a face correctly almost all the time. 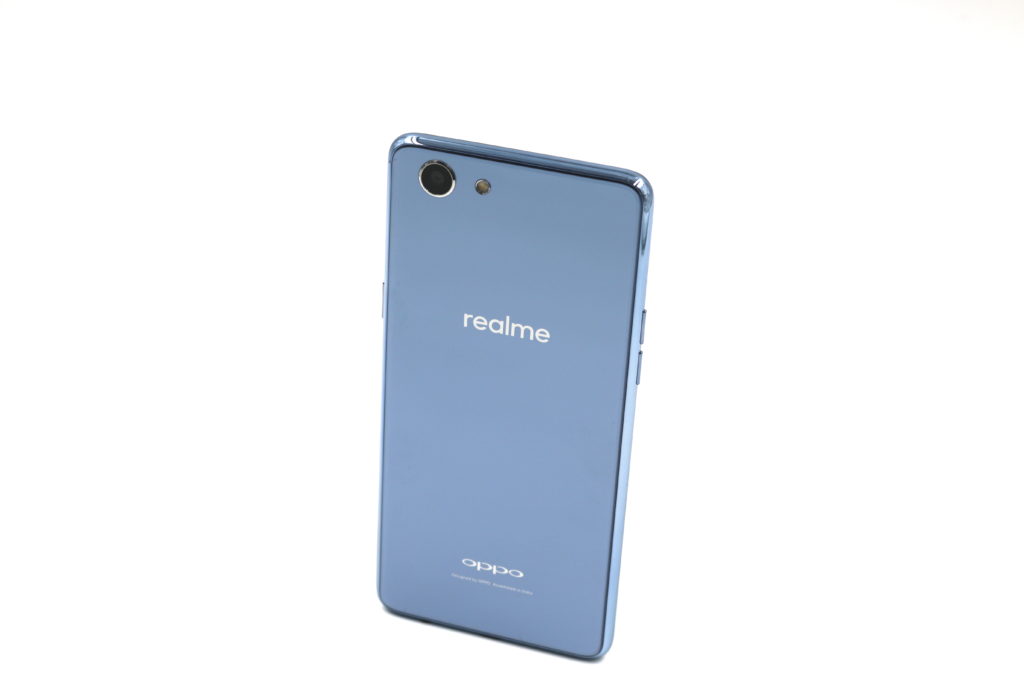 The Realme 1 is actually a really good phone and the fact that it starts at Rs. 8990 for the 3GB and 32GB version is great. You can get a 6GB RAM and 128GB storage phone at a price of Rs. 13,990 which definitely makes the Realme 1 a strong contender in the affordable smartphone range.

The phone compromises on things like a fingerprint sensor or a dual camera setup, but it scores a lot of point in the performance department. The single lens camera can still take good photos and as mentioned, it is capable of taking portrait mode photos but fingerprint sensor is something that people might miss while using the smartphone.

If you want a performance-oriented smartphone that can do well in the camera department as well, the Oppo Realme 1 is the phone that you should go for.

The Realme 1 is actually a really good phone and the fact that it starts at Rs. 8990 for the 3GB and 32GB version is great.