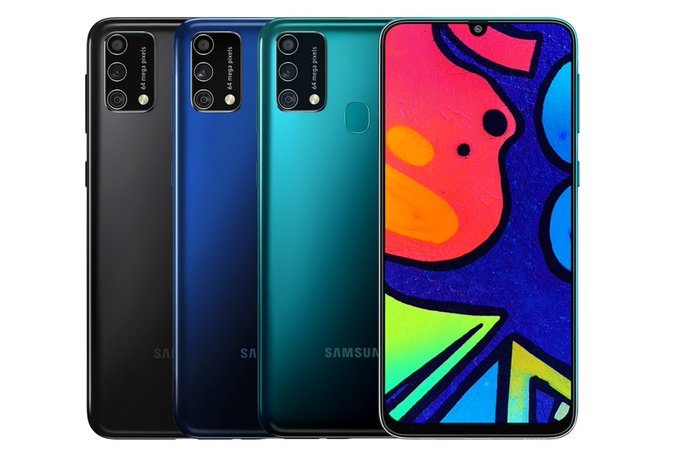 After a fair amount of hype, Samsung today debuted its new F series with the Galaxy F41. The new smartphone is youth-oriented with a focus on the cameras and the display for better media consumption. 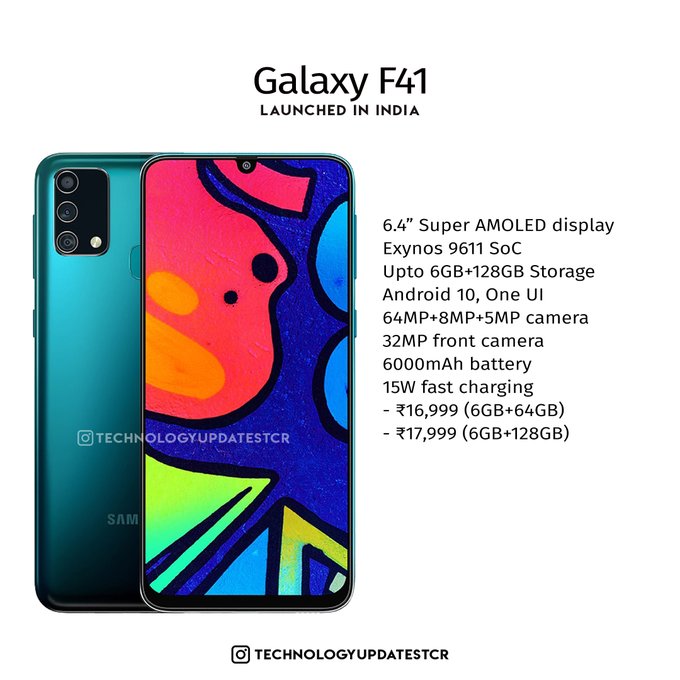 The Galaxy F41 mounts a triple-rear-camera setup at the back in a rectangular housing that wields a 64MP primary sensor, an 8MP ultra-wide sensor with a 123-degree field of view (FoV), and a 5MP depth sensor. The Galaxy M31, on the other hand, has an additional 5MP macro sensor.

Upfront, the Galaxy F41 is equipped with a 32MP sensor intended for selfies and video calls. Meanwhile, both on the front and back, the camera system can shoot videos up to 1080p at 30 fps.

On the software side of things, the Galaxy F41 boots One UI Core laid on top of Android 10. At the same time, the fuel inside the device is maintained by a whopping 6,000mAh battery that supports 15W fast charging. The supporting charger is also included in the box. The fingerprint scanner is mounted on the back side of the device.

The Galaxy F41 will be available starting October 16 via Flipkart, Samsung India’s official website, and select retail channels across the country. The customers will have the option to choose from Fusion Blue, Fusion Green, and Fusion Black paint jobs.