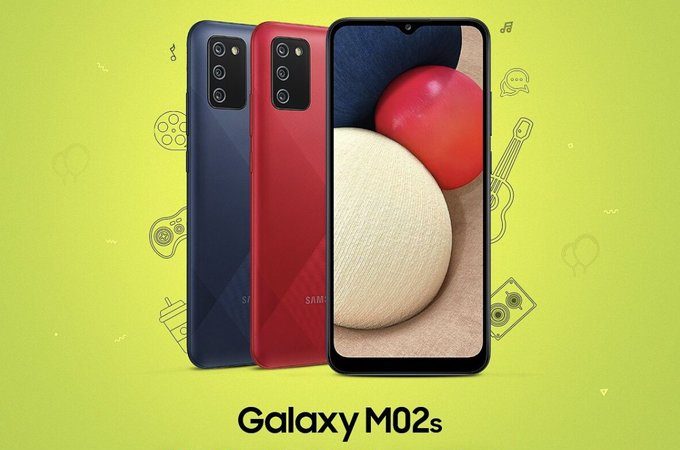 Samsung has launched one more budget smartphone, the Galaxy M02s, under its M series for the Indian market. It is the first launch from Samsung in the country this year. However, the smartphone was first seen the light in Nepal a few days ago.

A couple of highlights of the phone include a 5,000mAh battery with 15W fast charging, a triple camera array at the back, and a Qualcomm Snapdragon 450 SoC.

The Galaxy M02s is offered in two variants, which will go on sale soon on Amazon India and Samsung’s official website. The 3GB+32GB variant is priced at INR8,999, whereas the 4GB+64GB variant is set for INR9,999. There will be three color options- Black, Blue, and Red- to choose from for the buyers. 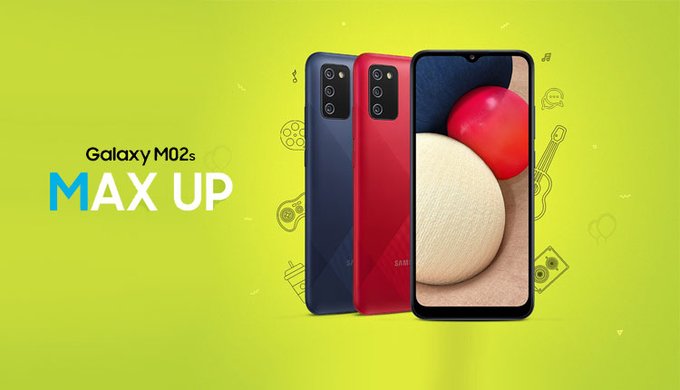 Delving into details, the Galaxy M02s is made up of plastic, but it is sleek and premium to look at, considering its budget orientation. A 6.5-inch LCD Infinity-V display pushing HD+ (720×1,560) resolution is large enough for multimedia consumption. The display has a 20:9 aspect ratio and a water drop-style notch that significantly minimizes the bezels.

Under the hood, there is a 1.8GHz Snapdragon 450 octa-core SoC, which combines with Adreno 506 GPU, up to 4GB RAM, and up to 64GB default storage to generate necessary power for the device to see through the day-to-day activities. The smartphone runs One UI based on Android 10.

A triple camera setup at the back features a 13MP primary sensor, a 2MP depth sensor, and a 2MP macro lens. The selfie camera is rated at 5MP. The camera department of the Galaxy M02s is equipped with features like macro mode, beauty mode, and live focus.

Backing everything inside the phone is a large 5,000mAh battery, which charges at the maximum rate of 15W over a USB Type-C port. The other aspects of the phone include support for 4G LTE, Wi-Fi, Bluetooth, GPS/A-GPS, and a 3.5mm headphone jack.