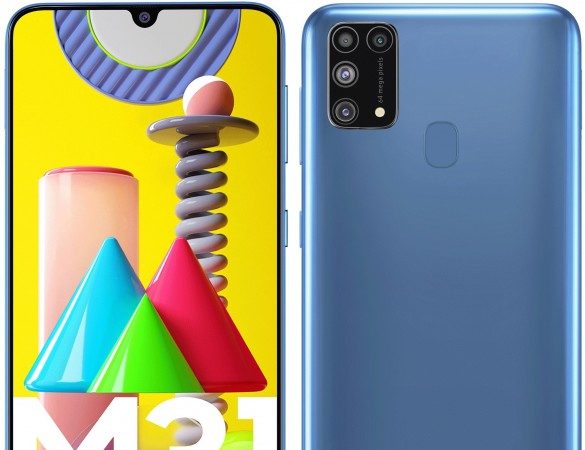 Samsung already has two smartphones- the Galaxy M31 (review) and Galaxy M31s- as part of its affordable midrange-oriented M-series. And today, the Seoul-based tech giant has added another smartphone dubbed as the Galaxy M31 Prime in India. The new smartphone is billed as the “special edition smartphone jointly developed with Amazon India for consumers this festive season.”

The Galaxy M31 Prime is priced at INR16,499 for the single 6GB RAM+128GB storage variant. The phone will go on sale starting October 17 on Amazon India, Samsung.com, and select retail outlets.

However, the Amazon Prime customers can purchase the phone a day earlier, on October 16, with INR1,000 cashback on all prepaid payments. The regular customers can also avail of a 10% instant cashback on HDFC bank credit and debit cards during Amazon Great Indian Festival sales.

Delving into the specifications, the Galaxy M31 Prime is built around a 6.4-inch FHD+ (1080×2340) Infinity-U Super AMOLED Display, containing a U-shaped notch upfront. The display comes with a 19.5:9 aspect ratio and Gorilla Glass 3 protection. 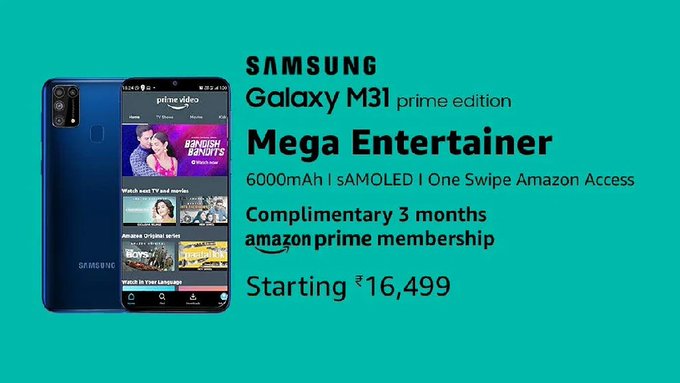 Under the hood, it is ticked by Exynos 9611 SoC paired with 6GB RAM and 128GB internal storage, which can be expanded to up to 512GB via microSD card. On the software front, it runs One UI 2.1 based on Android 10.

When it comes to the camera, the Galaxy M31 Prime sports a quad-rear-camera setup, a rectangular housing that gives place to a 64MP primary sensor, an 8MP ultra-wide-angle sensor, a 5MP macro sensor, and a 5MP depth sensor. The front sports a 32MP sensor inside the notch for selfies and video chatting.

Keeping everything lit is a massive 6,000mAh battery that draws charge at a maximum rate of 15W via USB Type-C port. Biometrics is handled by a fingerprint scanner, which is mounted on the rear panel.

The Galaxy M31 Prime will jostle for a space in the highly competitive Indian market against the likes of the Realme 7, the Vivo Y50, the Galaxy A21s, the OPPO A53, and the Honor 9X, etc.